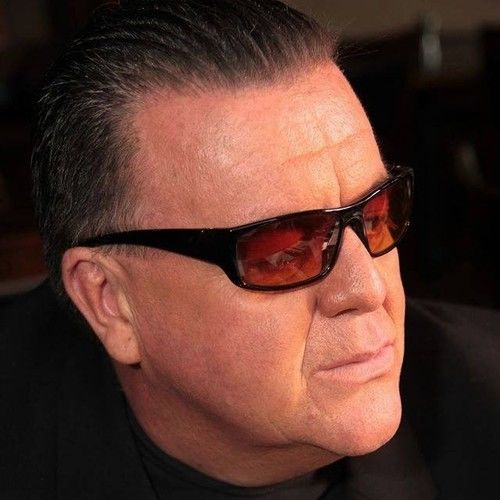 Currently Sean Brian stays very busy as an executive producer of motion pictures & TV series productions, with a primary focus on documentaries and documentary theatre that surrounds injustices in our courts throughout America as well as globally.

Sean Brian accolades is vast his primary focus in 2022 is producing new content in reference to his IP (intellectual property) that his production company will produce his new compelling content starting in 2022 at his new studios being erected named Hollywood Of The Southwest Vegas Motion Picture Productions & Casting LLC.

In addition to Sean Brian being a serial visionary he has a genuine love of the arts, Sean Brian states often he will die on set producing as an independent producer of feature films and TV series is his passion. Sean Brian has been producing film and tv series treatments for screenplay writers to bring there visions to fruition by way of producing mini series for the multiple streaming networks that are constantly searching for visionistic producers like Sean Brian to produce the latest and the greatest inspiring content that has a positive message to the audience’s nationally and globally” for pitching to the multiple streaming platforms and multiple networks such as NetFlix Amazon, Hulu, HBO, Showtime, A&E Apple and his own distribution platform named Trilogy Distribution Releasing & Re-releasing LLC.

Sean Brian as a acclaimed Hollywood producer, director, booking producer, daytime show runner, social media activist, influencer, with a major ficus on social activism had been influenced most recently since 2010 to recent day.

Sean Brian has a major focus on social media activism and the production of documentaries for his special division of his investigative night time show named Sean Brian Investigative Documentaries Division this production was created for Americans who have been wronged, such as wrongful incarcerations, wrongful arrests, wrongful deaths, fraud of the court being committed by Superior Court judges as well as magistrate judges who abuse there discretionary powers, as well as these Superior Court Judges commit perjury indirectly and directly in there court rooms on there cases that these said judges reside over by perpetuating the falsities and allowing erroneous, fictitious motions to be filed by the plaintiffs that these Superior Court judges in some cases provide favorable rulings because these judges allow plaintiffs to enforce illegal arrest orders by these judges, that end up in some instances causing defendants to be potentially killed wrongfully due to nothing more or nothing less than “fraud of the court being committed by the hands of these “”black widow judges” that is by allowing these plaintiffs to commit malicious, vindictive prosecution of these litigants that are in the plaintiffs box and these judges live under there immunity that is by abusing there discretionary powers this is done everyday in America nationally and sadly enough globally by the hands of these Superior Court judges by nothing more nothing less misusing there power and discretionary powers in these civil and criminal cases that these “black widow judges” that surrounds the insanities that get committed in there court rooms, based on civil and criminal matters that these judges oversee as part of caseload these judges oversee and “most important these judges in most cases are totally biased, that is because most often these certain Superior Court Judges, as they say have been touched directly by other judges and or been touched monetarily that is for the plaintiff to receive favorable dispositions usually for certain pro-se litigants.

So in any event Sean Brian’s primary focus is exposing Superior Court for judicial misconduct, committed by judges nationally and globally, “this is literally a legal epidemic” and the issues just alone regarding child custody issues, family proceedings, criminal court findings and issues that are based on erroneous, fictions, falsities, from the judges ruling’s that get handed down from these judges who hide behind there immunity but…. “Sean Brian as a visionary that’s launched his new podcast “Been Wronged 2” Movement which is an upcoming tv series that will showcase to the world how to pierce the vail of immunity of these “dirty black widow judges” who have been touched that is by being influenced monetarily or politically.

This is due to most complaints on judges get swept under the carpet, some allegations are very serious in nature of the rulings these “black widow judges” namely superior court judges and or magistrate judges, this in reference to the orders that they hand down as final orders, actually that violate the plaintiffs and or defendants civil rights and or human rights, most often in these civil and or criminal proceedings must be challenged in higher courts such as Federal court and or if needed the Supreme Court of United States!

We refer to these type judges once again as “black widow judges” these type of judges must be held accountable for there civil, criminal violations that they commit on the bench as do civilians,” because at the end of the day, we as a nation must level the playing field of these horrific Superior Court judges and at the end of the day they are only lawyers with a black formal robe and “sadly enough these black widow type judges, in most cases still sit on the bench after committing multiple human and civil rights violations” after ordering illegal orders that violate litigants civil and most often human rights as citizens of the United States.

Sean Brian has been gearing up since 2010 to combat these issues in 2022 these cases are costly for victims and victims families and the cases need to be investigated and researched by our production and legal team, that is to level the playing field on all front and expose these judges on social media and assist victims to fight the fight against these judges for the multiple wrongful acts and or court orders that get handed down every day in our courts nationally throughout America, in most court cases the orders need to be appealed before the local federal court and or the Supreme Court, with a major focus on all civil and criminal cases, most important a major focus needs to also be own cyber stalking of domestic violence cases, such as bullying from these spineless Superior Court judges any and all hate crimes in any manner, also any discrimination cases of color, creed or religion needs to be addressed as well, we have a zero tolerance on hate speech of any kind as well as and and all discrimination civil rights cases.

Sean Brian has another main focus that he also prioritizes on that is financial exploitation of the elderly and or ex-spouses who commit financial exploitation of former spouses and or former partners (or lovers of any kind) this is another major focus for Sean Brian Investigative Documentaries Division for general inquiries please feel free to email us direct at the following email below:
seanbriandocumentaries@

Sean Brian stays very active at his craft as a executive producer, director, social media activist with a primary focus on activism.

Sean Brian holding a masters degree in forensic document examinations, that he currently holds this degree in this field.

Sean Brian truly has a major focus on all social media awareness with a primary focus on social media that surrounds injustices in our court rooms.

Sean Brian will touch the world one episode at a time on his very own show that he has been cultivating and preparing the launch since 2010 that’s currently in very early pre - production.

Sean Brian has his very own podcast and daytime talk show being produced as well in early Pre-production named "Sounding Off With Sean Brian" the show gives the guest real time with Sean Brian and talks nationally about current and past injustices and with a primary focus on bringing the injustices of these victims and victims families to the forefront of our nations living rooms.

Sean Brian also stays busy as a director, casting producer, as a celebrity fashion lifestyle influencer that he personally prides himself on being a wardrobe fashionista.

Sean Brian Casting Hollywood offers voice and acting coaching, as well as virtual castings, table reads by Zoom and full cast rehearsals is mandatory on all of his upcoming productions.

Sean Brian also is CEO at SBCH - Sean Brian Casting Hollywood Agency which focuses on the management of ultra exclusive talent nationally, as well as globally.

Sean Brian has received national attention from his vast knowledge in the entertainment & distribution releasing industry.

Sean Brian business approach is very simplistic “getting his production's completed, on time, every time, this is due to his tenacity, perseverance, persistence and tell it like it is approach.”

Sean Brian has ten of thousands, “of real followers on social media not purchased followers” that is within entertainment arena that are mostly all industry colleagues, in tandem with his many social media sites and his growing presence on the internet.

Our newest satellite offices that are being set and put on the radar are as follows first and foremost HOTSA STUDIOS will be erected in South Africa, others studios will be erected and built in the following locations through 2012 first, London, Ireland, Australia, Vienna, Sweden,. Our main executive offices located in the State Of Nevada in Las Vegas.

Sean Brian is currently erecting in the State of Nevada on a 7000 acre property his name of his studio is Sean Brian Studios this mega studio will be in the landscape of a mega smart city.

Hollywood Of The Southwest Vegas Productions & Casting LLC will be a full service motion picture studio from the father company Sean Brian Studios llc, in addition the mega city site will have a fully operational aviation simulator for Hollywood productions as well as Hollywood Of The Southwest Film Academy which will be accredited for students and have a full curriculum offering financial aid for Nevadians based residents must be a Nevada resident actively in college for two years or more and upon meeting these requirements you will receive in state tuition discounts and 3 credits per semester towards your major in motion picture production or cinematography or film directing.

Sean Brian has several new tv series treatments that are completed and are currently being shopped with local, as well as national syndicated streaming networks with our in house distribution attached.

Sean Brian can be found on his spare time with his wife beautiful wife Christine and his 7 children conducting philanthropic and or humanitarian efforts and working for many non profit's dedicating his time, and efforts as well as guest speaking on issues of national and global Awareness of Prostate & Breast Cancer and Fibromyalgia Awareness.

Unique traits: Hard working, moves mountains everyday, when everyone else says no way....Sean Brian finds away to get it done !!! 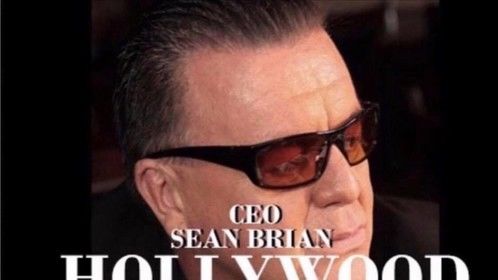 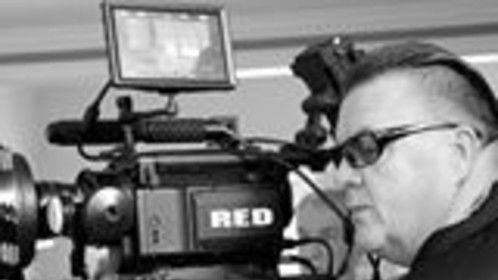 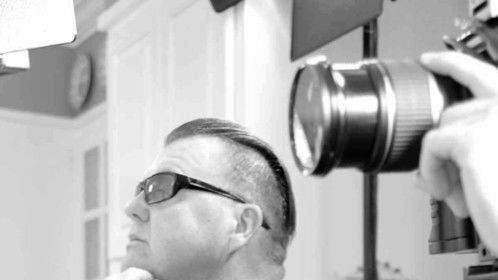