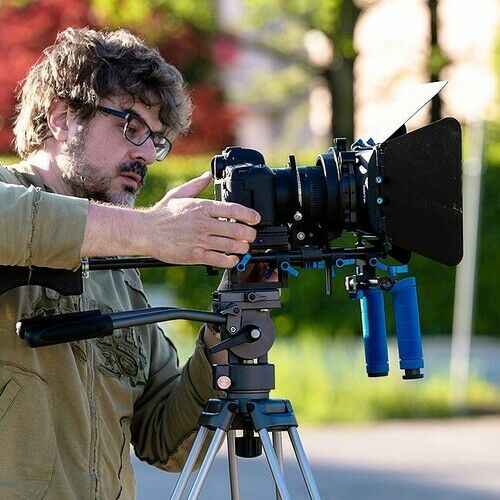 Born in an artistically inspiring environment within a familiy of directors, writers and actors, after the master’s degree in Prehistoric Archaeology Luca Caserta decided to pursue the artistic career, working in theater first, then obtaining the Filmmaking Degree at Movie Academy of Cinecittà (Rome - Italy), majoring in movie direction and screenwriting with Carlo Lizzani, Giacomo Scarpelli, Cristiano Bortone, Franco Brogi Taviani and Mario Brenta. Here he also studied cinematography, shooting and cinema with Giuseppe Pinori, Daniele Nannuzzi and Giuseppe Berardini and attended the workshops held by Pupi Avati, Carlo Verdone and Luis Bacalov.
At Centro Sperimentale di Cinematografia in Rome he attended the intensive laboratory in direction of photography with Giuseppe Lanci. He besides took part in the workshop “Working with the light” with the director of photography Alessandro Pesci, the Masterclass “Approach to Cinematography” with the director of photography Marco Bassano and attended the Masterclass in Film Production held by Gianluca Arcopinto.
Grown up in the show business, he has gained professional experiences both in the film industry and theater, taking part to several plays (among which “Thomas Moore” by W. Shakespeare, starring Raf Vallone). Since 2004 he wrote and directed fourteen plays, achieving important recognitions, including the “Premio Calcante” by SIAD - Italian Society of Dramatic Authors (Biblioteca del Burcardo, Rome – Italy). Some plays of him have been published on specialized magazines. In 2015 his theatrical works were debeated in a degree thesis (University of Bologna, Mentor Prof. Cristina Valenti).

He has dedicated himself exclusively to cinema and audiovisuals for several years now. He is author of short films, documentaries, music videos, commercials and art videos. His movies have been presented at many Festivals (Cannes Film Festival, Premi David di Donatello, Berlin European Short Film Festival, Roma Cinema DOC, Miami Independent Film Festival, Los Angeles CineFest, Clermont-Ferrand Film Festival, Hollywood Screenings Film Festival, Canada's World International Film Festival where he won the Honorable Mention for “The Other Side of the Moon”...).
In 2011 he wrote, directed and co-produced the short film “Inside the Mirror”. The editing supervision is by Ugo De Rossi, editor, among others, of Fellini, Pasolini, Bertolucci, Petri and Rosi. The film, along with the following “Out of the Depths" (2014) and “The Other Side of the Moon” (2016), is part of the “trilogy on the double”, focused on the investigation of what is hidden in the deepest part of the human soul. “Out of the Depths” was acquired by IndiePix Films, which distributes it on demand in the United States and worldwide.

His new acclaimed short film “Tell Me Who I Am”, still now joining the Film Festivals, won the development fund by Nuovo Imaie (Rome - Italy) with the screenplay. It also gained many awards (see the full list below), among which two Nominations (Best Director and Best Short Film) and the Best Editing Award at the Top Indie Film Awards 2019 (USA). It won the Crystal Award as Best European Short Film at Europe Asia Festival of Cinema: the awards ceremony took place on Java in the presence of the Indonesian Royal Family. In India it won the Gold Award – Best Film on Women at Virgin Spring Cinefest, the Outstanding Achievement Award – Film on Women at Tagore International Film Festival, the Outstanding Achievement Award at Cult Critic Movie Award and got the Best Short Film Nomination at the Jean-Luc Godard Awards. At the Jersey Shore Film Festival (USA) it received the Award for the Best International Female Actor to the lead actress Elisa Bertato and at the Niagara Falls Indie Film Festival (USA) the Best Script Award. At the Point Of View Indie Film Awards (Germany) the movie won the Best Director Award, at the Continental Film Awards (India) the Best European Director Award, at the Toronto Film Magazine Fest (Canada) the Special Mention Directing, as well as at the International Short Film Awards (USA), at the Rome International Movie Awards (Italy) and at the Eastern Europe International Movie Awards (Turkey) the Best Drama Short Award, at the Gold Star Movie Awards (USA) the Best Social Short Award, at the Seoul International Short Film Festival (South Korea) the Best Film Award. The short film also won in California the Award of Excellence Special Mention in the category “Redemption/Social Justice/Protest” and the Award of Excellence for Direction at the Best Shorts Competition with the following motivation of the Jury: "A unique take on the serious issue of violence against women, the mental and physical abandonment and loss of dignity people face every day. A stirring and compelling performance by Elisa Bertato. The judges firmly believe that the film is exceptional, showing depth of craft and creativity that is truly unique and has decided to confer it the highest honors that have honored previous filmmakers with exceptional talent, including Oscar winners, Emmy and BAFTA winners". The soundtrack includes the song "Piccola stella senza cielo" by the italian rock star Luciano Ligabue, courtesy of the artist himself and of Warner Music Italia/Warner Chappell Music Italiana.

Luca Caserta's works are characterized by touching different genres, styles and themes, from comedy, to social/civil commitment and human rights, to the investigation of the most obscure aspects of the human psyche, highlighting a certain artistic versatility.
As author, he's member of SIAD (Italian Society of Dramatic Authors) and of SIAE (Italian Society of Authors and Editors - Cinema Section and DOR Section). His movies are included in the Italian Short Films Library (Centro Nazionale del Cortometraggio). He is one of the jurors of the Sunset Film Festival (Los Angeles - USA), has been one of the selectors of the Corti a Palazzo Film Festival (Italy) and curator of the Short Film Section of Schermi d’Amore Film Festival (Italy). He's currently working on his first feature film. 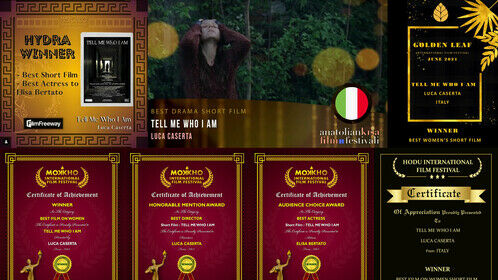 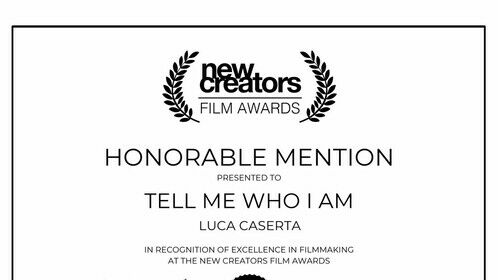 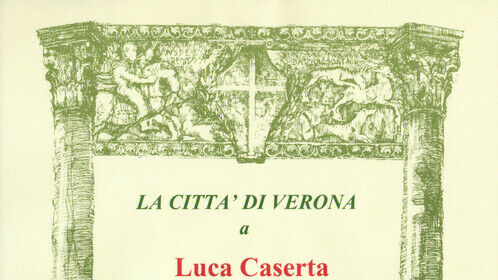 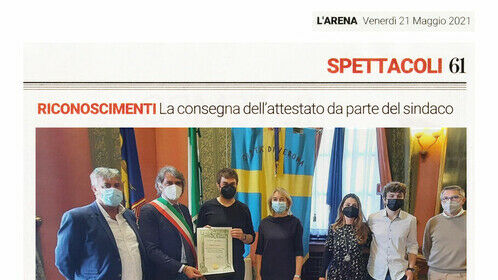