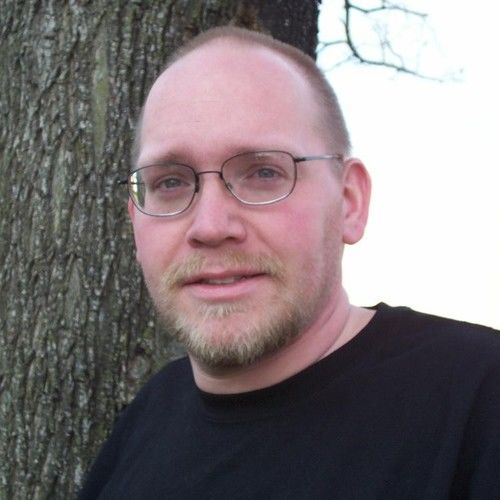 Life began for me on August 10, 1972...Some who were already alive at that time said it was a very groovy year, hence...my still very laid back and mellow demeanor. Most, if not all of my childhood was spent growing up in Northern Maryland and South Central Pennsylvania's Dutch Country region, never more than 15 miles away from Gettysburg. That name alone speaks more than volumes ever could, and inspired my lifelong love of all things historical, especially the U.S. Civil War. The one thing that has held true though, from my earliest days until now, is that I've always been told I was an entertainer...and a very good one at that.


I've always had a passionate interest in acting and entertaining. I can remember before I even entered kindergarten, doing impressions of my favorite cartoon characters and celebrities for family, friends and anyone who I could entertain. I can still remember the laughter and applause I earned from people who I didn't even know. I participated and starred in my first play at the age of six in the first grade. From then on, and all the way through my graduation from high school, I participated in every possible theatrical or musical production each year, being touted as "nothing short of a smashing talent", who "nails it" every time. The years have passed, but the passion is still very much there. The desire is more than still there, and has never left. For the true artists and entertainers..it never does leave. It stays within the heart and soul, and burns like a fire within...that fire and desire to give the gift of entertainment and another awesome performance they will always remember.


I'm known for my approachability, my super friendly, kind, gentle, calm and affectionate ways, as well as my sparkling blue-green eyes that can also turn to blue, green, or gray depending upon my mood. My tattoos have also been long time conversation starters, most notably the three large dragons "living" on my forearms. Besides acting, some of my numerous interests include: traveling, an endless need to learn, experience and relive History, including the U.S. Civil War. cooking/baking, reading, writing poetry/lyrics, football, baseball, basketball, exercising, weightlifting, cars, motorcycles, various forms of auto racing, tattoos, music, and so very much more...


My father Edwin, and my mother Carolyn, separated and divorced when I was quite young; about eight years old, but they continued to provide me with much love and guidance growing up. I'm thankful to God they are both still here with me. I have one older brother, Jamie, and one younger brother, Ed. I also have one younger sister, Laura, and three other younger (step)sisters, Jadell, Janeen, and Alana. It makes for a large and extended family, but also promotes working together as a team, and coming together for one another come what may.


My grandparents and great-grandparents did much as well to provide me with the examples and role models I needed to become the Southern gentleman I am at heart, and which I will also, always be. They set the bar very high and showed me the standards of kindness, generosity, charity, helpfulness, politeness, decorum, professionalism, gentility, humility, empathy, consideration for others, respectfulness, morality and love for God as well as my fellow neighbor.


They're all gone now, but the best way I can respect and keep their legacy alive is to continue the path and live the standards they taught no matter how far the profession of acting, my talent, and blessings of God will take me and allow me to ascend. To me...the sky and the stars beyond are the limit. I look forward to the opportunities of working with you all, and forging lifelong friendships along the way. My journey begins, and goes on...I'll always just be "the kid from Hanover, PA with the ancestors from West Virginia"; and "the ordinary guy that God just happened to bless with an extraordinary opportunity at an extraordinary life".

Unique traits: Amputee (right leg, below knee) , Tattoos (six, three large dragons on forearms. Can be covered, spray on make up base or long sleeves).