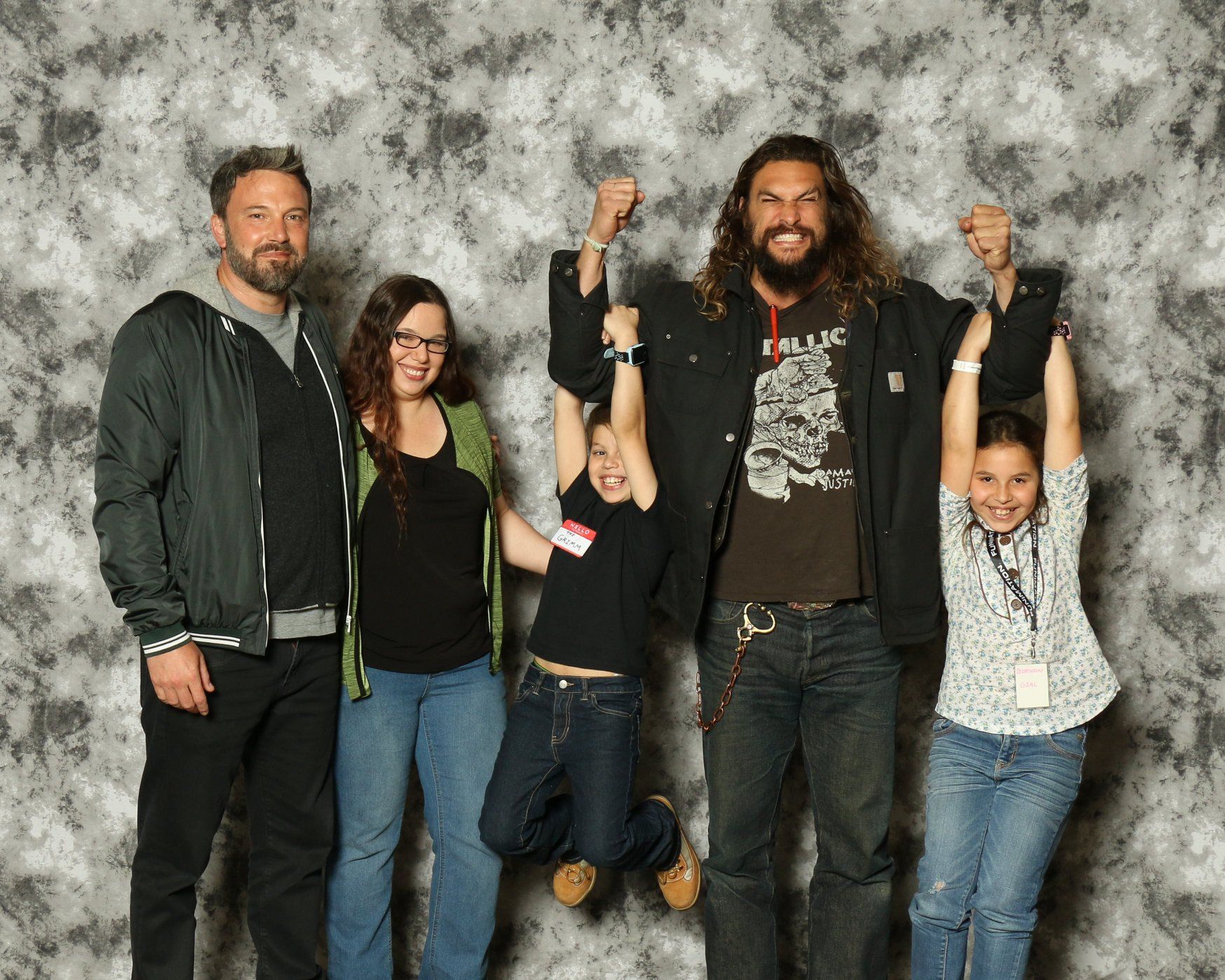 This meetup should be a good spring get together. There are a few projects going on all over the metroplex. New projects are being planned, and parts are being cast in some film productions.

We just finished filming on location for Dark Eye Films out in the bush. Very adventurous film genre. Many great and moving scenes captured on film. Some behind the scenes photos have been posted on facebook.

I posted a couple of photos from the Fanexpo Comic Con we attended in Dallas last week. Ben Affleck and Jason Mamoa were in attendance for photo sessions with fans. Many other stars were there also.

Come on out and get involved. Meet some new people coming out to see our group. See you there.

Hey guys!  Happy Sunday. The past week has been consumed by Cannes prep (see all the details here), so I have something a little different for Coffee & Content this week.  And it's something for everyone.  How about we cover ground on all the following topics: - Why you need to cut the negativity out of your life- Today! - Why you do not need to be micromanaged as a screenwriter or a filmmaker - How you can bring value to every meeting - What I'm hearing in my meetings regarding my new television project - Why you need to have a plan for your movie through distribution before you start shooting - How to identify the audience for your film or content before you go into production - How actors and other creatives can make the best use of Stage 32 - The best methods for fighting through writer's block - The best practices and most productive methods on social media - When should you follow up with producers, managers, agents and financiers   I have all this and much more in the On Demand video of my most recent AMA with the community.  This content is high energy and demands a strong, rich dark roast!   As always, I ask you to please share this content by hitting the handy social share buttons in the upper right corner.  And, of course, I always welcome remarks, discussion and musings in the comments section below. Enjoy the content and the coffee!   RB   Click here to get the AMA for FREE!   Like this blog post? Please share it on social media (Facebook, Twitter, LinkedIn, email etc) by using social media buttons at the top of the blog. Or post to your personal blog and anywhere else you feel appropriate. Thank you. As always, we welcome thoughts and remarks on ANY of the content above in the Comments section below...  Read More

RB Featured in The Huffington Post - Prepare to be Inspired!

We're excited to announce that our fearless leader has been featured on The Huffington Post with an in-depth interview from journalist Yitzi Weiner. In the interview RB talks about his background in the industry, his recent book that has just been published, Crowdsourcing For Filmmakers: Indie Film and The Power Of the Crowd, building a brand and an audience, the Stage 32 platform, the importance of community for all creatives and best practices toward achieving your goals.  This is a heavy dose of inspiration and motivation for all film creatives! We're asking your support to share the interview by hitting the TWITTER social media button on the upper left of the Huffington Post site - if we hit 2,000 Twitter shares, the interview will be featured on the front page and shine light on our incredible Stage 32 community. Please help us get there!     Click here to read the full interview!         Like this blog post? Please share it on social media (Facebook, Twitter, LinkedIn, email etc) by using social media buttons at the top of the blog. Or post to your personal blog and anywhere else you feel appropriate. Thank you. As always, we welcome thoughts and remarks on ANY of the content above in the Comments section below...  Read More