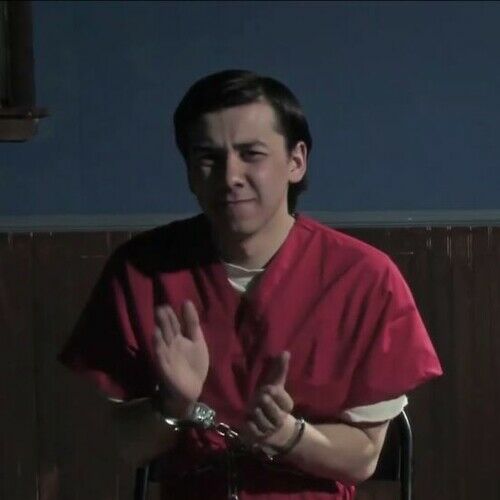 The reason why Nevin became an actor was from the help of the third grade. For Nevin, third grade was when the life he thought he had was suddenly broken into a separation between his childhood friends and his education. Since first grade, Nevin was put into various tests and studies were he had to remember a picture or a story that an instructor presented to him visually or verbally. It was in the third grade that Nevin, along with his parents, were informed that he had an "auditory processing deficiency" which affected how the brain processes and understands what the ear hears. This was when things that Nevin took for granted such as being with friends in class wasn't possible anymore.

At that time, Nevin was too young to understand the consequences, but events occurred after that meeting that made him realize that he would no longer have a normal school life. Throughout Nevin's childhood he was handheld in a Special Ed program and was unable to advance to regular GPA classes without an instructor, an adviser, observing him. Isolated from his friends and childhood life, Nevin started to explore different hobbies and interests to make his time go faster. This was when Nevin discovered the art of acting.

In Nevin's childhood he became instatnly drawn to the craft and was when in his darkest times that he wanted to precede a life in becoming an actor. Through all his elementary, and first two years of middle school, Nevin's only motivation was to start working on his acting career. Nevin felt that he couldn't go anywhere in life without someone holding his hand and wanted to succeed from his own abilities, even when things in his life might get challenging. Nevin knew he had to put in the work to make a career, and knew that he'll be on his own when going on this path. The result was that Nevin had to hide the start of his acting career from his parents since his parents never approved it as a career choice, given they saw acting as a hobby rather than a career.

After many years of diligent work, and taking additional coursework than most students, Nevin finally was able to leave the Special Ed program that he was put in and proceeded to jump start his acting career. Throughout trying to become an actor Nevin has gotten his car towed, spent most to all of his life savings, and continually lied to his parents about the journey of his acting career. Nevin stated that he wanted to become an actor because he saw acting as a way to inspire people by creating a human spirit that can help those who are loss. He hopes those who may have the worst day of their lives will be able to forget the troubles they had, or will faced, and joureny into the stories that Nevin has created. For Nevin, in the field of acting, he explains that "even though I have suffered much I wouldn't change a thing, because throughout my life I had to struggle and fight my way to succeed. Where from it, it's made me strong, and it's made me for who I am. Nobody cares about the man in the box."