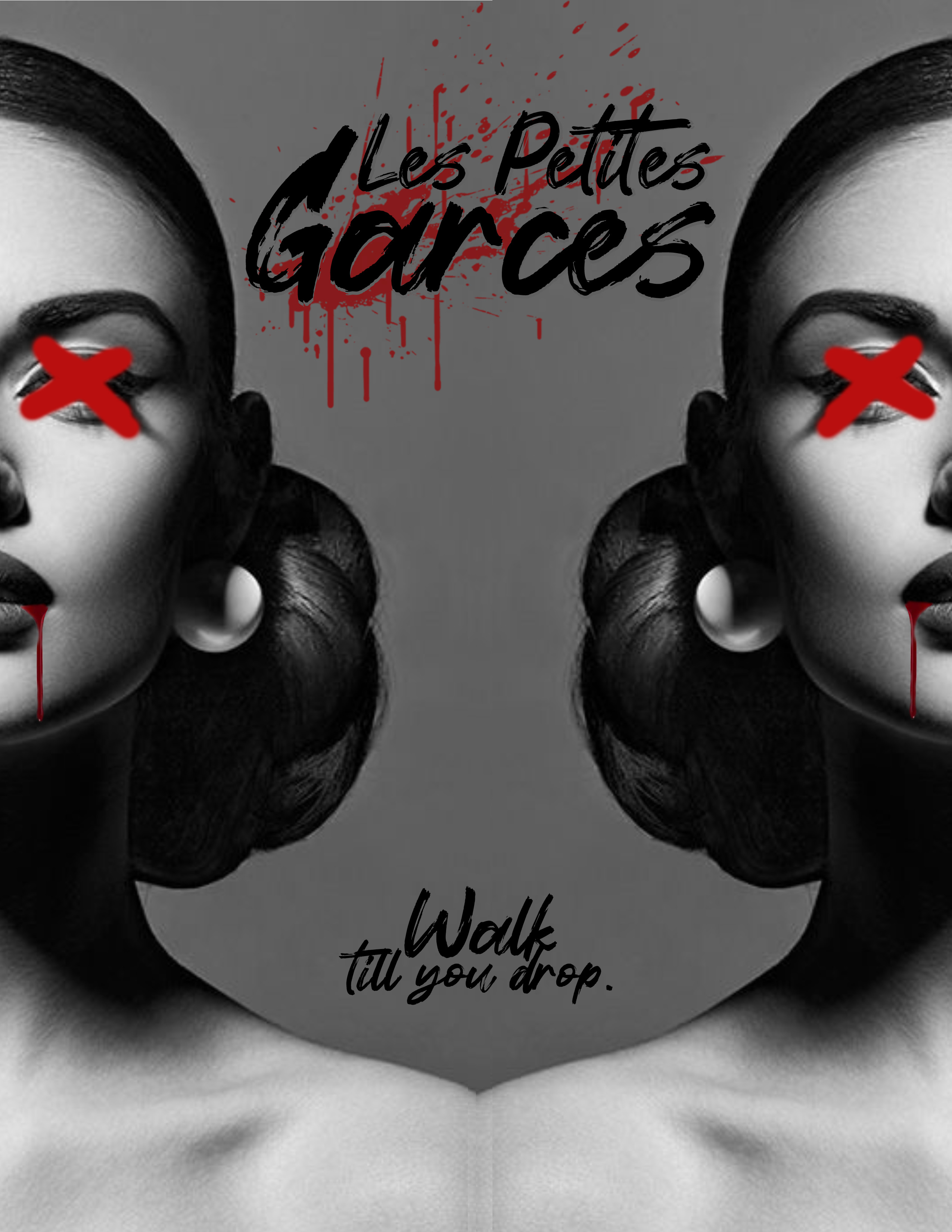 An expat fashion student, in Paris' most competitive "école de mode", becomes suspect number one as her fellow classmates, the competition, are murdered—one by one.

The Pilot starts off with Lyla Crawford, an expat fashion student with a mysterious past, strutting the paved streets of Paris. Destination? Her first class at World-Renowned Fashion Academy: FDFA. Her first assignment? A team fashion show, paired up with New York streetstyle aficionado T.Y.N. and gender-bending model Loic, where she will have to compete against fifteen other Eccentric. Diverse. Bitchy. Competitors.

BUT, as she develops some photos in a desolate darkroom, she discovers that her camera has been tampered with. Printing photograph after photograph, realizing they aren't hers. She lines them up to find. Images of every student. With their name and an ominous death sentence. The DEATHLIST. The last one, stamped in black in: LYLA. I know who you really are.

Prank? Threat? Slightly concerned, she still ends up going to Margot's, French Regina George, official class mixer. A night of gossip. Discovery. And observation. Concluding, with T.Y.N., that she has nothing to worry about. However, after receiving an ominous black envelope containing a rendez-vous point at Locker 215, Lyla chooses to investigate. Finding a series of Voyeuristic pics. All of Lyla in the darkroom. Walking in and out. Holding the photographs. In a way that makes her look guilty of hanging them. The culprit. She's being framed.

With no help from the faculty, the trio decide to focus on their runway. A total success. Until Margot brings up T.Y.N.'s hidden past. A dark. Twisted. Anti-fairytale. Shunned by the rest of her classmates, she escapes to the bathroom, followed by Lyla.

Attempting to explain herself, T.Y.N. and Lyla's little bonding moment is cut abruptly short. T.Y.N.'s body, in full spasm, collapses. Jerking. Blood leaking out of her eyes. Panicked, Lyla attempts to hold her head down. Squeezing. Pressure. Until, CRACK.

Cold. Lifeless. Neck snapped. Lyla, bloodied hands, stares at T.Y.N.'s body, lying in a pool of her own blood. Little did she know, standing a few feet behind her, catching her red-handed, is a familiar face. Staring. Silent. Smirking.

Read the Pilot, it is very good. Indeed wants me to read the next episode. Looking at the setup feels like a mini-series.