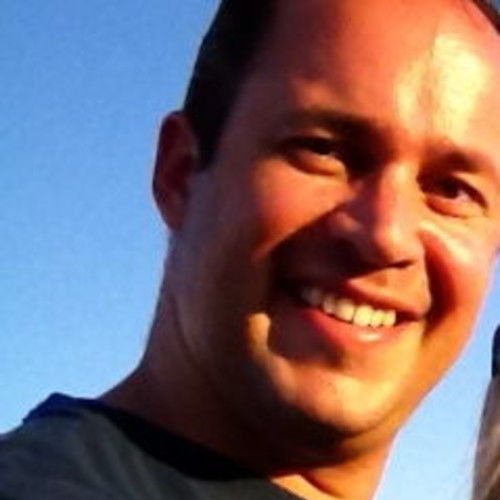 Dan Steadman grew up in Michigan, writing and producing his first public access TV show when he was a teenager in 1987. He moved to L.A. and made THE ROOM, co-written and co-produced with his writing partner Rajeev Sigamoney. The pair created a show about the writers room of a very bad network sitcom and shot the pilot on the Carsey-Werner lot with Octavia Spencer and Tony Hale.
Steadman and Sigamoney signed with Endeavor in 2004 and began creating, shooting, and pitching pilots, most notably with actor Tim Bagley, THE CAPTAIN co-starring Melissa McCarthy, Wanda Sykes, Jennifer Coolidge, Kathy Griffin, Mindy Sterling, and Michael Hitchcock.

Switching to features, Steadman and Sigamoney shot a webseries called JESUS PEOPLE that went on to capture the attention of 500,000+ youtube viewers. It became the first (that we know of) hit webseries to become a feature film. In 2014 Freestyle released JESUS PEOPLE: THE MOVIE, featuring great appearances by Octavia Spencer and Wendi McLendon Covey. The movie received positive reviews all over the country, from The Los Angeles Times to The Village Voice and is now available on most digital platforms.

In 2011 Steadman started directing his own features -- RED LODGE (shot in Montana, currently airing on TV in Canada, Sweden & Benelux), BELLEVILLE (celebrated at film festivals from San Francisco to London), Christmas dramedy EXPECT DELAYS (airing on cable in Europe), PROXIMITY, featuring baseball’s Adam Wainwright, and THE RACKET, a big screen comedy in the vein of THE GOLDEN GIRLS and THE BEST EXOTIC MARIGOLD HOTEL.

Dan Steadman relocated from Los Angeles to St. Louis to build Midwestern-independent filmmaking with new, emerging actors. He teaches The Circa87 Actors Workshop and casts all of his talent from that class. ()