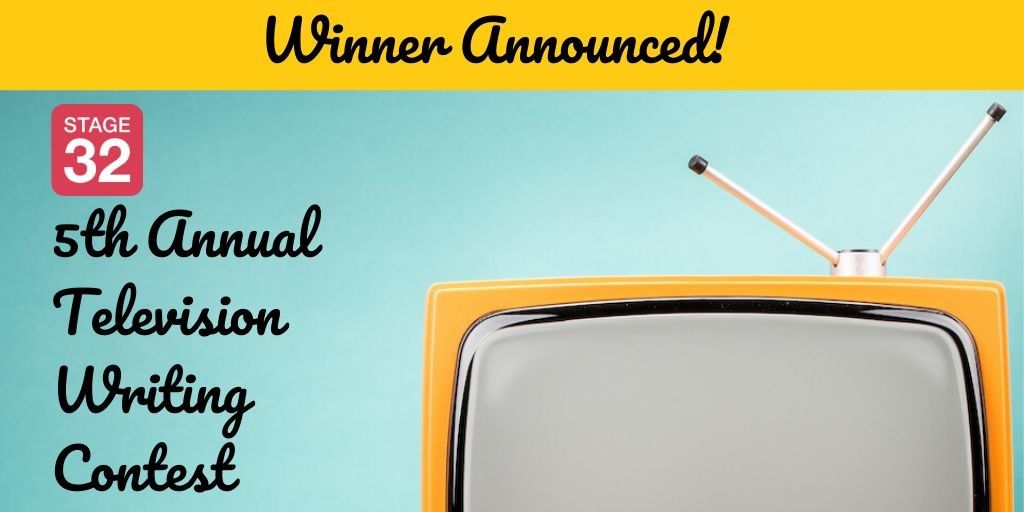 The 5th Annual Television Writing Contest is closed for submission

THE WINNER HAS BEEN ANNOUNCED! SCROLL DOWN TO SEE!!!

Winner Flown to LA and set up on meetings with top industry executives!

All 10 finalists loglines will be sent out to industry executives in a Stage 32 look book!

Don't touch that dial! The biggest television writing contest of the year is back and better than ever! After an awesome series of meetings we set up for last year's winner (Christine Torres) followed by her signing with Energy Entertainment - Stage 32 is proud to launch the 5th Annual Television Writing Contest!

Television is at the height of its Golden Age and there are unlimited opportunities for writers with unique voices and fresh stories! No matter what format you write in – sitcom, drama, serialized, procedural, mini-series, limited series – we want your work! All 30 & 60 minute original television pilots are eligible for entry. Please note, this contest does not accept spec episodes of pre-existing television shows.

The Stage 32 5th Annual Television Writing Contest is on the cutting edge of this evolution. This year, we pulled out all the stops and brought in heavy hitting executives from ABC Studios and 20th Century Fox Television, as well as the Principal of management company, Energy Entertainment, and the Head of Television Lit at The Cartel!

PLUS! All finalists will have their loglines sent out to our extensive list of executives.

Stage 32 contests offers screenwriters unprecedented access to some of the industries leading industry players who are launching careers and getting projects made!

Will be flown to Los Angeles to meet privately with the contest judges!

Stage 32's executive team will send out your screenplay title, logline & writer bio to over 500 development executives, producers, managers & agents who work with Stage 32. If an executive requests the script or a meeting, we will facilitate.

All of the top 10 finalists will have their loglines sent to hundreds of producers, managers, agents and executives that work with Stage 32 in a Stage 32 Lookbook!

We pride ourselves in giving our writers exclusive and direct access with industry decision makers. Our contests have produced numerous writers who have been signed, optioned, produced or placed on television writing staffs! We work diligently for our winners to make sure they have every chance to take their careers to the next level!

The first 4 years of our TV contest provided the following success stories:

Energy is widely regarded for its high level identification of new writer voices - frequently packaged with A-list producers, directors, and talent - and sold to its film, television, and premium streaming service buyer relationships.

These film and tv packages are backstopped by top agency partners - and have resulted in several film and television projects being produced to screen by Energy clients and Weaver respectively.

He has produced Run All Night with Liam Neeson, Ed Harris, and Vincent D'Onofrio, Executive Produced Out of the Furnace with Christian Bale, Zoe Saldana, Casey Affleck, and Woody Harrelson, and Executive Produced The Number 23 with Jim Carrey!

In 2016, Weaver launched Energy books - identifying, packaging, and selling an unprecedented amount of new author material in film and television rights deals - amid bidding wars within the book publishing sphere.

Evan represents clients in all areas of television, including scripted and reality series, and occasionally crosses over into film, theatre, and literary endeavors. She held the same position at Evolution Entertainment and helped develop and produce projects for the company, as well as for clients with outside producers.

In the past, Evan was an executive in the television literary department at Artists Management Group, as well as an agent at Writers & Artists. Right after graduation, she went to work in development at Warner Brothers Television.

David Hurst works as the Development Executive for television Showrunner Natalie Chaidez, who has an overall deal at 20th Century Fox Television. Natalie just finished Seasons 2 and 3 of Queen of the South for USA Network and is actively developing projects for 20th Century Fox and Fox 21 Television Studios.

The team at Lincoln Square has over 30 Emmys, 12 Cine Golden Eagles and multiple Peabody Awards.

Prior to joining ABC's Lincoln Square Productions, David worked in the Talent Department at APA Talent and Literary Agency.

Jalessa Jones is a Television Development Executive supporting the EVP of scripted television at Entertainment One (eOne), an international studio which produces and distributes premium television content across genres, platforms and territories. eOne projects have been recognized by the Oscars, BAFTA, Canadian Screen Awards and the Critics Choice Awards.

eOne just had an amazing audience response to their series "CRUEL SUMMER", the best performing mulit-platform premiere ever. They are currently staffing Season 2.

Jalessa is also currently working on Showtime's "YELLOWJACKETS", which is currently in production and is set to premiere this November among other really exciting projects.

eOne has produced or distributed series including "DEPUTY" for the Walt Disney Company, "INSIDE THE CROWN", "FAMILY LAW", "DESIGNATED SURVIVOR", "FEAR THE WALKING DEAD", among many others.

Prior to MetaMorphic, Jalessa worked in the literary department at the leading management company, Circle of Confusion. She also worked for the VP of Production at Columbia Pictures, and for the President and CEO of Media Res Studio, an independent studio that focuses on prestige, character-driven projects.

Jalessa has been involved in nearly every aspect of the entertainment industry, including on the buying and selling side of the business. Jalessa attended Columbia College Chicago's esteemed Television school, where her academic focus revolved around the development, writing, producing, and directing of television shows and aspires to head a studio one day.