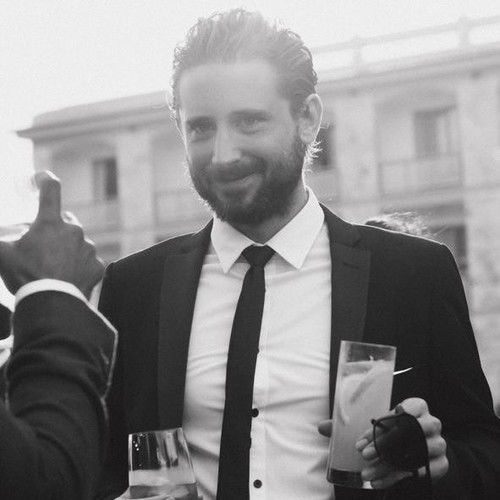 JEREMIAH RA RICHARDS squeezes out into the arms of a MIDWIFE (30s, hippie). He doesn't know it, but his parents were expecting a girl so he remains nameless for 3 days. Forced to provide a name on the birth certificate, they use Jeremiah, after having recently seen Jeremiah Johnson in the theatre. Little did they know, he would be the farthest thing from a mountain man they could have imagined.

Jeremiah and his MOM (28, French) pull up to his FATHER'S (30, hippie). The place is empty. The NEIGHBOR (20s, female) says he moved out last week. Little did Jeremiah know, he would never see his father again. Relax, he's not dead, just a deadbeat father.

Jeremiah holds his Mom's hand as they take off for France. She hates flying. He loves it. They're moving to France to be closer to family. For the next 8 years they will move back and forth between the south of France and the Southwest United States 5 times until...

Jeremiah steps out of his mom’s car into his first day of high school. He will spend the next 4 years here, in one place, a record since he was born.

Event though it was a party school, Jeremiah didn't drink much, or skip class, he would save the drinking for later in life (see 2002-present), and stick to showing up to classes, concerts, movies, and events he paid for as he felt it frivolously wasteful not to.

The phone RINGS, yes it's a hard lined phone, cell phones weren't so common and Jeremiah refused to have one until sometime in 2002 when it seemed like it would help his dating life. In retrospect, he wonders if after all these years it hasn't done the opposite, although he still uses dating apps (while complaining about them). Jeremiah picks up the phone after contemplating letting it go to voicemail.

Formalities ensue until AURYN (19, best friend) asks him this:

AURYN (O.S.)
Wanna work on the movie I wrote this summer?

A team of young independent hopeful filmmakers fills the room. Jeremiah came on as a prop master/set designer, knowing little about film. He turned down playing himself in the movie, because he's not an actor and the writers took many creative liberties in creating his character. Jeremiah would later learn that is what writers do and there's nothing wrong with that. In fact it's one of the many signs of a good writer.

Jeremiah steps into an office. Two female LAWYERS (30s) greet him. Much goes through his mind, mostly comparing last summer working on a film set to what's in store this summer working in a law firm. He can't help but wonder why he chose to study political science in the hopes of being a lawyer. Film, he had fallen in love with.

Jeremiah takes in the summer breeze, with no work obligations for the next few months. He should probably be writing down ideas for his screenplay but the ocean calls. Not that he didn't carry a small notebook to write ideas in, he filled many over the years until...

Jeremiah pulls up to a house near Miracle Mile. This will be his first Los Angeles home, on the day before he turns 30. t's almost 10 years since he fell in love with film and he still hasn't finished a screenplay (although he's started many and traveled to many exotic countries, gathering experiences, stories, and adventures). Now that he's in LA he thinks within 5 year's time he will be selling and making movies.

This is going to take longer. Much longer. These are the thought running through his head as he finishes his 4th or 5th screenplay. By his math it took him about 11 years to finally finish one but now he’s on track to write at least one a year. He checked his savings, and makes a decision that will, to some people, seem crazy. He quits his job and decides to write full time. Monday through Friday (sometimes weekends), from 10am-5pm.

Jeremiah sits at his computer. A blank page stares at him.

JEREMIAH (V.O.)
Ok, this is it. You wanted time to write, you should probably write.
(beat)
Oh look a bird!

The bird flies out of sight. SNAPS back into focus. This cycle would continue for the next year, with moments (weeks) of clarity and focus that would lead to the eventual completion of 3 scripts. Ok we’re getting somewhere. He thinks.

Back at the desk, Jeremiah realizes this bio is getting a little long. To catch you up, after that year writing he freaked out and flew to New York to do some corporate editing to get out of the debt he accumulated writing. Just when he had given up on getting feedback from a contact (an established Hollywood writer) and was ready to move to NYC to edit full time, the call came in. The gist: You're a good writer, I want to help, but don't get your hopes up, this takes years, and that’s if you’re lucky.

He was on a fight back to LA that week. He had never really left, in his mind, a lover of California sunshine and 70 degree weather. He still hasn’t sold anything but continues to write because that’s what he loves.