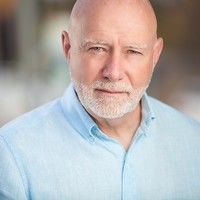 Here's an article on acting I wrote a while back. I want to share and get feed back. Cheers! Acting and Persistence by Neil Schell Anyone who has ever gotten anything valuable done knows about the quality of persistence. There really isn’t anything new about this concept when it comes to establishing an acting career. But there are unique problems that many actors encounter on their way to being established that blinds the actor from digging deep into themselves and pulling up the strength of their persistence. An example of one of these “unique-to-actor” problems that I have witnessed over the past 1.5 decades in teaching actors comes to mind. It disguises itself as a personal affront. The remedy very often does not look like it will come under the heading of “persistence.” Why? Because it attacks the actor’s heart. Here it is; “Do I have the talent to be an actor?” New actors all hope they do. They look for others to recognize it in them. Often they go to acting classes just to be told that they have talent. Some actors are told they have talent right away. Others don’t hear it for many years. Some never hear it – at least verbalized. Even though some actor may hear it very early in their career, they may begin to bring up this question of “Do I have the talent to be an actor?” later on in their career. Even after being nominated for awards or even winning them. We can look for the source of the problem. From my observations throughout the years, it has become apparent that actors who find themselves in this state of mind are looking for approval outside of themselves. They have dropped into a condition of doubting themselves and thereby are open to criticism. But, regardless of how they have arrived at that place, I have only seen one remedy really work. And that is persistence. The actor has to dig deep and pull up the courage to persist despite the blackest of days. Because an actor has to face a void of communication most of the time, self-doubting can creep up in a slow, insidious manner. I mean, let’s look at the reality of it. An actor gets called to auditions or finds their way into auditions. They prepare using all of their training and knowledge and skill and talent for as many hours as they can get in before the audition. They expose themselves in front of strangers to be judged. And for the majority of these experiences they never hear back a word. All that work, all that giving of communication without a peep. Sure, you are acknowledged after you’re done in the audition room. But no one ever really gives you a detailed reply. This creates somewhat of a communication void. And, as with most communication voids, the person who has the void starts to fill it in because, well, its just human nature. (Think of any time someone said, “I need to talk to you.” and then left you hanging. That was a void. And did you start filling it in?) Unfortunately, when it is filled in with negative ideas it gradually wears on the actor’s spirit. And why would one fill it in with negative ideas? Because the majority of the time, you do not get the part. Because of that, there is a tendency to fill in the void with negative ideas about your audition, your talent, etc., etc. Not many professionals go to as many job interviews a year as an actor does. In fact, I don’t think there are any. (There may be some, but I am not aware of them.) Very few deal with what is so liberally called “rejection” like an actor. I can empathize but I cannot sympathize. Every actor, at some point, has to learn how to deal with this situation in their career. By never giving up, by being truly persistent you will overcome any and all doubts, especially regarding talent. You will gain such a certainty in your work that you will rise above the “filling in the void” problem so that it will never, ever be able to touch your spirit in any way. In fact, you could have someone who you respect tell you to your face that you don’t have talent and not only survive it but flourish after it. How does one persist? It’s simpler than you may think. You start today. You set up a daily routine that is not difficult to follow no matter where you are in your career. The vital ingredient you must include in your routine is “acting.” By this I mean verbalizing the lines of a character. Not just reading the lines to yourself. That’s not enough. You must verbalize every day some character’s lines. Yes, the routine can get more involved and advanced. But by keeping in that simple action of verbalizing a character’s lines on a daily basis, you will build up a “usual” activity for yourself as an actor. And by always keeping in your “usual” activities you will be able to weather the most violent of storms. Why? Because you are acting. You are not asking for anyone’s permission to do the very thing you love to do. And you will find that your certainty of your talent and your ability does not come from someone else. It comes from you. Set up acting as the usual thing you do. And whenever things seem impossible or out of control or crushing, do the usual. © Copyright 2007 by Neil Schell ______________________________

Thanks for your viewpoint. I have trained actors for over 20 years and my experience is a bit different than yours. I have seen some of the most untalented actors get work. Yes, true story. Talent, though, is something that is required for a long term career to some degree but it does not guarantee anything. As Bob Fraser once said to me, the most talented actor I ever saw in my entire life was postman who did community theatre. Bottom line - he was a postman.

I like your article you make a lot of solid points. I too, as an actress over the years, even before I became a director and producer, have "been there" and what pulled me out of it was persistence. I have discovered from being a director and producer as well as an actress that - there is no such thing as "talent." There is only agreement. One agrees someone is talented and so they are and vide versa. What I mean is every human being has talent - it is just "individual talent" - that shows in individual ways. I try to encourage actors to concentrate on making themselves the best they can be, at being uniquely themselves as the character, for that is what we hire anyway - we hire actors who can take a character and make it unique and specific. We only "think" a person is talented when they can do this to a character. That is how "untalented" actor can get work. They show up having done there homework by making the character very specific and unique and we love it. The "Professional" that they display gets hired.

Egypt Reale, I couldn't agree more! I too am a director and producer now and know exactly what you are talking about. Professionalism is definitely what we hire. We have confidence in a professional and they bring something to the table we enjoy and that stands out. I hire a CHARACTER not an ACTOR. When that character shines through and aligns with who I feel is the character in the story and I can see clearly the professionalism, I hire without hesitation.

Exactly. I can tell you are a very smart and talented man. :)

Alle, why does it worry you?

Thanks for sharing your observations. What is true for you is what you have observed to be so. I am curious as to what Kenyan productions you have seen. Do recall their titles?

Hi Neil, your article is so true with regards to persistence. I feel that actors should learn to believe in themselves and refrain from living in a comfort zone. Yes, talent does help, however it is the technique which the actor needs to work on continuously. As Richard Boleslavksy once said "The Actor's art cannot be taught. He must be born with ability; but the technique, through which his [or her] talent can find expression - that can and must be taught."

Thank you, Neil for this.