Introduce Yourself : Looking to develop further connections by Nicholas Ryan-Purcell 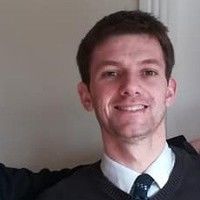 My name is Nicholas I am from Ireland and have produced two feature documentary films, the latter of which is entitled 'This Is Nicholas - Living With Autism'. Both production received editing awards.

'This Is Nicholas' tells the story of a mother's determination to see her son with Autism but also depression overcome challenges. This production screened in 28 Irish and two U.K. cinemas.

I had tried to get screenings in America but was fortunate that the head office of an American cinema informed me that they just accept films that are eighty minutes or longer, which is good to know.

I am now getting to work on my first feature film project project. Why? Someone informed me in my local town in Nenagh, County Tipperary Ireland that a movie would get more audiences. Certainly when watching a movie on the big screen, it in nice to get carried away into someone else's world on screen.

Perseverance, determination and ambition is the only thing that has brought me places, not giving up.

This Is Nicholas - Living with Autism Spectrum Disorder (2019) - IMDb

https://www.imdb.com/title/tt8544176/
Directed by Nicholas Ryan-Purcell. 'This Is Nicholas - Living With Autism' chronicles a mother's determination to see her son faced with Autism and Depression overcome challenges, along with the suppo…