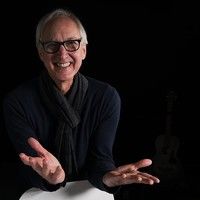 Andrew W. Marlowe is the creator and showrunner of the hit ABC television series CASTLE. The fact that the show is enjoying its eighth season may strike you as … • Dumb luck • Deserved success for a writer whose first produced screenplay was AIR FORCE ONE, starring Harrison Ford • Harmonic convergence (astrology) But the one-hour drama is succeeding, in part, because Marlowe (like other Hollywood creatives) no longer relies only on Nielsen Ratings or traditional marketing. He has embraced Multiplatform Hollywood. For his show, Marlowe created Richard Castle, a best-selling mystery novelist portrayed by actor Nathan Fillion, who helps solve unusual crimes in New York City. Despite the show’s popularity, the USC School of Cinematic Arts graduate knew he must do more to hold onto his audience. “There are so many shows out there you have to figure out how to keep your audience. Writers and producers must have an entrepreneurial mindset,” he told an audience at a Writers Guild of America (WGA) event last fall. “How do you get smart with your creative assets?” Answer to question? Embrace transmedia — telling a story across multiple media platforms. Social media would allow characters from CASTLE to inter-act with the audience. Twitter, Tumblr and so on. But in a stroke of brilliance Marlowe conceived and oversaw the New York Times best-selling Nikki Heat book series, the Derrick Storm spy-thrillers, and Marvel Comics’ Derrick Storm graphic novels. Every title was written not by Marlow, but Richard Castle — a fictional character. Nearly three million copies have been sold worldwide, according to the WGA. “He’s a real author.” Marlowe said of Castle. “We went with that.” When considering how to expand the reach of his creative asset, Marlowe asks three questions. 1. Is it cool? 2. Will it drive viewership? 3. Can it be monetized? “You have to make some cultural noise,” he said. The Multiplatform Experience for authors: What about authors of fiction and nonfiction books? How can they expand their main asset — a book? From the published author’s point of view, Marlowe reverse engineered his expansion, from TV to publishing. Why not reverse his reversal? Huh? Face it, many authors dream of having their book optioned or purchased by a Hollywood entity. Unfortunately, a lot of books are ignored. Or perhaps it is simply not obvious to the entertainment industry how, for example, a nonfiction book might be great content for developing a comedic or dramatic series. So, dear author, show them whatcha can do. Start by re-imagining your content. If you write fiction the central character is the most obvious point of focus. Or … is there a secondary character you really love? Could you fashion a world that is adjacent to your novel’s theme or story arc? Think different. Turn your story upside down. Shake it up. Could you portray a character in your book? Create monologues that you perform in short videos? You don’t have to be a teen with a guitar or great dance moves to take full advantage of YouTube. And all you need is a laptop to begin. In fact, Marlowe and others at the WGA event encouraged writers to “make stuff” with the available technology. Nonfiction writers have a different task. A memoir is one thing, a business/inspirational guide is another. Yet in both cases the author must seize a core idea and begin to transform the narrative into new media. For example, if you are an author and public speaker what type of show could you anchor? Reality TV, half-hour comedy? Drama? By recharging your image of yourself you begin to re-assess your creative assets . Authors Adapt: We limit ourselves when we see our published works as only one thing. If Marlowe had restricted his vision to only making a one-hour drama he would have missed out on the unique ways transmedia has allowed him to build audience participation — and devotion. “We need to evangelize our shows so that fans stay tuned in,” he said. Be brave. Reverse engineer. Rethink. Resurrect the book you know deserves more attention. Imagine a whole new enterprise with your name on it. DOUGLAS CLENN CLARK multiplatform artist

Doug, I've published numerous books on a wide variety of topics, how would you suggest I promote them on multiple platforms?

Yo Brian -- you're in Ann Arbor? I grew up in Michigan. Greetings. The most obvious Multiplatform expansion for you is audio because you're also a musician. But not necessarily an entire, traditional audiobook. Experiment with short narrations with music. This type of thing might find funding at https://www.patreon.com/ -- Not only would you be expressing your books, you'd be building an audience. ALSO ... I've not done this yet, but short videos -- perhaps find an actor to portray a person or theme in one of your books. Interview the actor, ala Charlie Rose. Again, short pieces -- not an indie movie. HERE'S WHY I SUGGEST THIS: At recent WGA forums some very successful TV producers/writers said they believe viewership for short videos @ YouTube may continue to grow at big rates. Screenwriters - you, others - continue to think MAJOR MOTION PICTURE, when short may be the new long. Thanks for your question! Be well.

Doug, excellent suggestions, and actually I'm in Ypsilanti, but since most people mispronounce it and don't recognize it like Ann Arbor, I thought a slight writer's embellishment wouldn't hurt. Besides I got my MSEE from UofM. :-)

Brian -- AA is yours, no problem. Actually, I spent a year at EMU, so Ypsi is a reference point too. Best of luck.

Other topics in Authoring & Playwriting: