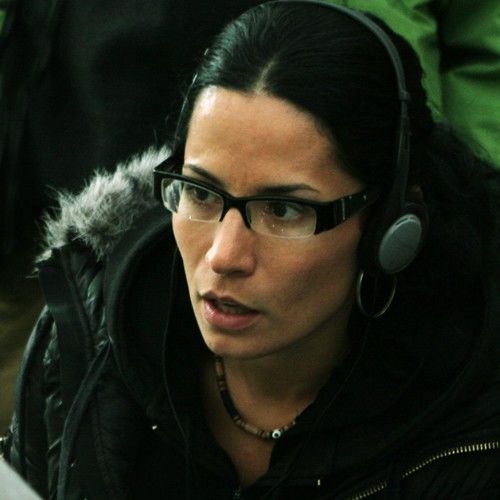 Zornitsa Sophia is a Master of Fine Arts with major in painting, alumni of NAFA, Sofia. She specialized in School of Visual Arts, New York and American University, Washington DC. As an initiative of her own, she restored the church in the Sofia Male Prison, together with colleagues and the prisoners. She worked 4 years as Art Director in international advertising agencies like EURO RSCG while she took part in over 50 visual arts festivals and exhibitions around the world with her video art, installations, actions and paintings, before she decided to switch into filmmaking. She specialized directing under the supervision of Academic Lyudmil Staykov in National Academy of Film and Theatre, Sofia for one year and her graduation film and first film as writer, director and producer Mila From Mars (2004, ) appeared to be “the dreamed beginning of Bulgarian independent feature moviemaking”, „the film marks the bow of a director to watch” (Variety), “full of invention and daring” (FIPRESCI review), “wild young cinema” (at Manheim-Heidelberg IFF).

Mila From Mars won 16 awards, including Best Film and Special Jury Award at Sarajevo IFF, Rainer Werner Fassbinder Prize and Ecumenical Jury Award at Mannheim-Heidelberg IFF, 5 awards at Bulgarian National Film Festival „Golden Rose“ including Best Film and Best Debut. The film was the Bulgarian submission for the Academy Awards’05 and the best selling Bulgarian film for 16 years (until Aug 2008). In 2005 Zornitsa Sophia delivered her daughter and her first documentary - about heroin addicts commune Death And All The Way Back, a BNTV production, followed in 2006 by the documentary Modus Vivendi – a life-affirming film about people following their dreams no matter how weird they look, ready for release on DVD. In 2009 was released theatrically Zornitsa Sophia’s second feature film Forecast () “an optimistic realism” by the German press, still touring festivals, released theatrically and on DVD and Television. It’s developed with the support of MEDIA Programme of the European Community and it’s the first Bulgarian co-production with the US owned Nu Boyana, the owner of former national film studio.

Zornitsa Sophia develops 3 feature films to be directed by her: Estrogen, Roumena Voivoda (The Mountain Queen) and As you wish, co-wrote the documentary by Stefan Tenev Country Football The Art of War, develops 2 documentaries for Orthodox Hesychast saints and te TV series FOLK.