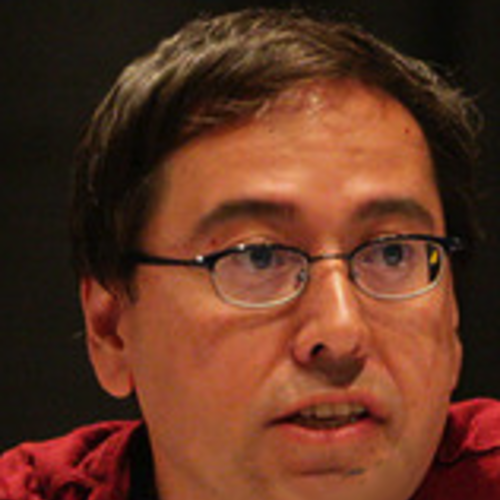 CARLOS PEDRAZA is a screenwriter and producer at Blue Seraph Productions in Los Angeles. His feature film, JUDAS KISS, was a film festival darling, and was released October 2011 (). He was co-executive producer of the Hugo- and Nebula-nominated STAR TREK: PHASE II, from 2005 to 2009. Previously he was the staff writer and one of the producers of STAR TREK: HIDDEN FRONTIER, the Web’s longest-running series. Over the course of four seasons, he wrote 13 of that series’ 50 episodes, and charted the storylines for the final two seasons.

You can stay up to date with Carlos’ travels, rants and raves on his personal blog, the Cosmic Sitcom ().

Carlos’ work has been featured in Variety, NBC’s Today Show, Countdown on MSNBC, ABC News, the Columbia News Service, the BBC and the New York Times. Carlos is a former Associated Press writer, deputy press secretary for the Governor of Washington, teacher, consultant and trainer for nonprofit organizations throughout the United States. He lives in Seattle, Washington, but is usually roaming throughout our great land in search of story ideas and the requisite solace for practicing the arcane art of screenwriting.

Carlos has previously appeared as a fan guest of honor at Arisia and Gaylaxicon, as a guest at the Starfleet Ball in the U.K., BayCon in the San Francisco Bay Area for three years, and as a Featured Guest at Dragon*Con every year since 2005.