We have all written them, or worse, been forced to read them: truly terrible, horrible, no good, very bad screenplays. The ones with paragraph upon paragraph of poorly constructed prose masquerading as action lines. The dialogue no actual human has
ever or will ever say aloud. Camera direction every other line. General poor understanding of how the English language functions on a basic level. FIRST DRAFTS aims to take the worst of the worst, and give them the life no one in their right mind would
ever think to give them.

FIRST DRAFTS aims to create short 1-5 minute animations
consisting of single scene excerpts of submitted material,
including stage direction. The idea is to take the concept of,
“it’s so bad it’s good,” to a literal place.

OVERALL CREATIVE VISION
The feeling we are going for is rough and unfinished, a first draft. We want our shorts to have that feeling of doodles on a cocktail napkin, each with it’s own look and style, no two exactly alike.

With the help of our directors and animators, as well as voice actors, we aim to enhance every terrible thing about our submissions. These projects should showcase how great bad writing can be, especially when embraced, taken seriously, and pushed over the top for comedic effect.

Above all, they should be fun. We are not in this to critique or criticize, but to cherish and champion humble first tries. We all started somewhere, and the goal tonally is to all be laughing with each other and at nobody.

SCOPE AND SCALE
We see these shorts starting as a very low budget, small scale
group projects, open to current and past film school students,
struggling writers, animators looking to build their reels, and
directors looking for new collaborators. Really, anyone who is
interested, we aren’t going to turn down.

Long term, should this gain traction, we think this could be a
fun place for real writers and directors to submit their first
works, and help the rest of us feel better about ourselves.
  
STRUCTURE
Each short will have a writer, director and animator. Once the
writer has submitted their piece, they have turned over control
to the animator and director. That said, animator/director teams
cannot make any changes to the piece submitted, they must work
with exactly what they are given.

The goal is to take first drafts/bad drafts and poke fun at them,
so we will ask writers to only submit work they are comfortable
with us taking advantage of. That said, we will ask that submissions be true first/bad drafts, not written with the intention to suck (but if we can’t tell the difference, honestly,
we don’t care. We just want stuff that’s funny without meaning to be).

It’s hard to say what kind of production schedule will be
realistic until we actually give this thing a go, but ideally we
would like to have a new episode once a month, hence the need for several animator/director teams working at the same time. In order to maintain continuity between projects, the producers will have creative meetings with each animator/director pair
before they dive into the project, as well as tracking creative team’s progression, offering assistance and guidance throughout the process. The producers will also create and manage the necessary branding, logos, YouTube pages, etc, that will be necessary for this project. 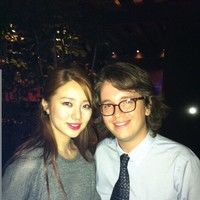