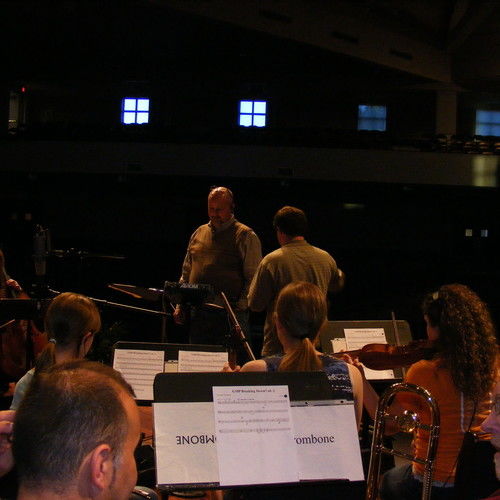 John William Doryk is an award winning television/film composer, who has been creating original music and sound design for film and television for over 25 years. Classically trained in operatic voice, violin, viola, and guitar, he started playing music at the age of 5. Through his high school and college years, he went on to learn and play in symphonic ensembles, folk and bluegrass bands, played and toured with progressive rock bands, and eventually studied the craft of film composing under one of Hollywood's top orchestrators, Steven Scott Smalley. From virtual, computer based instrumentation to world class session players to full ensembles and orchestras, such as the Kiev Symphony Orchestra and Chorus, John has worked with many different musical talents throughout his career. He has had his work aired on The Discovery Channel, History Channel, PBS, ABC Nightline, BBC, FOX Network, for Focus on the Family, Answers in Genesis Creation Museum, Compassion Intl, and many independent feature films. In 2010, he won "Gold" at the prestigious Park City Film Music Festival for his work on "For Love of Liberty:The Story of America's Black Patriots" hosted by Halle Berry and featuring the voices of Morgan Freeman, Samuel Jackson, Avery Brooks, Allan Rickman and many others. He recently completed providing original music to the upcoming PBS special "Unsung Heroes", directed by Frank Martin and produced by Ron Howard. He currently resides in Colorado Springs, Colorado with his wife and two children.