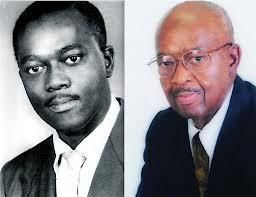 BOLDEN: THE UNTOLD STORY OF JFK'S ASSASSINATION
By Cantara Christopher

GENRE: Drama, Thriller
LOGLINE: The true-life drama of the black Secret Service agent who dared to reveal the shocking truth about JFK's protection detail in Dallas—and faced his greatest trial

In May of 1961 young black Secret Service agent Abraham Bolden begins his duties in the White House protecting the newly elected president, John F. Kennedy. At first elated to have been handpicked by Kennedy himself, Bolden’s enthusiasm for the job wanes when he witnesses the drunkenness, lax morals and lack of discipline of his fellow agents, who are more interested in chasing women and getting drunk than in keeping the president safe. Not only that, their superior Henderson is a heavy-drinking bigoted southerner who warns Bolden that he cannot expect his white fellow agents to save his “sorry nigger ass” in a dangerous situation. Bolden decides to return to his hometown of Chicago. Bolden’s work there alongside other Secret Service agents remains routine until November 1963, when two extraordinary things occur: Early in the month, his fellow agents begin an investigation into a credible plot to assassinate JFK in Chicago—until their chief in Washington orders the agents to drop the investigation. The second event happens in Dallas late that November: the actual assassination of JFK, supposedly by a lone gunman. Bolden and his family are devastated by Kennedy’s death. His boss, Martineau, however, is concerned only with preserving the reputation of the Secret Service, and uses one suspicious tactic after another to silence Bolden’s criticisms. An agent on friendly terms with Bolden warns him that his outspokenness could jeopardize his career in the Service. But he also reveals that, according to scuttlebutt, the agents in Dallas actually had been drunk and incompetent—one of them, in fact, getting so drunk that his ID had been stolen. Danny Pike, a young black agent who looks up to Bolden, introduces him to his college roommate Tom, now an investigative reporter, but Bolden, not wanting to bring the Service into disrepute, refuses to be interviewed. However, he travels to Washington, planning to testify before the newly-formed Warren Commission. But in Washington his attempt to get through to the Commission’s office by phone is stymied by two fellow Secret Service agents, who return him forcibly to Chicago where he is bullied, interrogated, then formally arrested on a trumped-up charge of accepting a bribe from a known felon. Bolden is tried and convicted, then sent to Leavenworth prison. In Leavenworth Bolden grows bitter and tough, and when he learns about the assassination of JFK’s brother Robert Kennedy, he is thrown into deep despair. It is then he meets a long-term prisoner named Elijah, a grounded, spiritual man who counsels Bolden to endure and focus on returning to his family. After four years Bolden is released. Forty years later, now in his mid 70s, Bolden is celebrated at an awards ceremony where, in a short speech, he sums up the meaning of his trials and sufferings. At the speech’s end he is embraced by his family and congratulated by his lifelong supporters. Cards tell us that investigations in the 1970s and 1990s showed that the Secret Service was indeed culpable in the death of President John F. Kennedy—and that “Abraham Bolden has never ceased his quest for exoneration.”