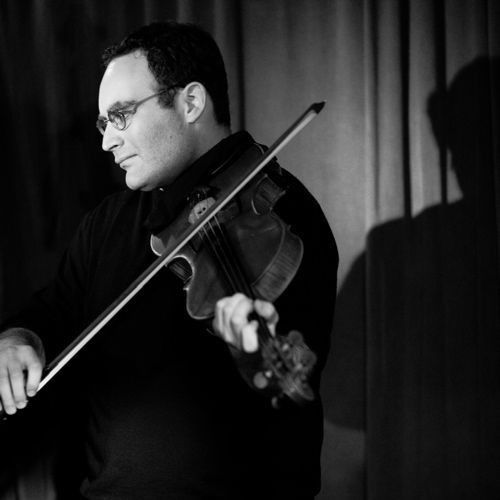 Hailed by the New York Times as "dizzyingly versatile... an eclectic with an ear for texture... strikingly original and soulful”, LJOVA (Lev Zhurbin) was born in 1978 in Moscow, Russia, and moved to New York with his parents, composer Alexander Zhurbin and writer Irena Ginzburg, in 1990. He divides his time between performing as a violist in diverse groups ranging from his own, LJOVA AND THE KONTRABAND, to string quartets, jazz combos and Gypsy bands; studying and arranging music for Yo-Yo Ma, the Kronos Quartet, Jay-Z, Gustavo Santaolalla, Osvaldo Golijov, Alondra de la Parra and others; and composing original music for film, TV, dance, and the concert stage.

Ljova is the author of more than 70 compositions for classical, jazz, and folk ensembles, as well as scores to four feature and over a dozen short films. In 2005, Ljova was one of six composers invited to participate in the Sundance Institute's Film Composers Lab. His music has been licensed by HBO, PBS, BBC, CNBC, and NHK networks, among many other independent projects. In 2007, Ljova worked as assistant to composer Osvaldo Golijov on his score to Francis Ford Coppola's film "Youth Without Youth", to which Ljova also contributed an original track, "Middle Village". In 2008, Ljova was guest faculty at The Banff Centre in Canada, focusing equally on composition, arranging, and viola performance. More recently, Ljova has guest-lectured on film music at New York University, taught at Mark O'Connor's String Camp, as well as at the Blaine Jazz Festival in Washington state.

With his main performing ensemble, LJOVA AND THE KONTRABAND, Ljova has appeared at New York's Lincoln Center, The Kennedy Center in Washington DC, the Brooklyn Academy of Music (as part of the Sundance Film Festival), New York's Museum of Modern Art, Joe's Pub and other venues. The Ensemble released its acclaimed debut CD, "MNEMOSYNE", in 2008, and is the featured ensemble on "Cupcake", a short film which debuted at Tribeca Film Festival and continues to travel the festival circuit.

Ljova released his acclaimed solo debut recording, VJOLA: WORLD ON FOUR STRINGS, on Kapustnik Records, in 2006. Previously, he has recorded with Yo-Yo Ma and the Silk Road Ensemble on the bestselling Sony Classical CD "Silk Road Journeys: Beyond the Horizon", and with The Andalucian Dogs on the Deutsche Grammophon CD "Ayre", featuring the music of Luciano Berio and Osvaldo Golijov. (Both CDs were nominated for several Grammy awards.) He has performed on tour with Savion Glover, and recorded with composer Ryuichi Sakamoto, producer Guy Sigsworth, Nina Nastasia, Amy Correia, and the Electric Light Orchestra.

As an arranger, Ljova has completed dozens of musical arrangements for Yo-Yo Ma and the Silk Road Ensemble, the Kronos Quartet, the rapper Jay-Z, Bond, Matmos, and others. He has also collaborated with composers Osvaldo Golijov and Gustavo Santaolalla, as well as the conductor Alondra de la Parra. Resulting from these collaborations are arrangements of musics from Argentina, Azerbaijan, China, India, Iran, Japan, Mexico, Russia, Tanzania, Uruguay, as well as gypsy music from Romania and France.

Ljova grew up in a household filled with music, books and an unquenchable hunger for culture. His father, Alexander Zhurbin, is Russia's foremost composer for film and musical theatre; his mother, Irena Ginzburg, is a distinguished poet, writer and journalist. He began violin lessons at age four with Galina Turchaninova, a celebrated pedagogue who also taught violinists Maxim Vengerov and Vadim Repin. When not practicing, the pre-teen Ljova regularly overran his record player and played street hockey.

Ljova is a graduate of The Juilliard School, where he was a pupil of Samuel Rhodes (violist of the Juilliard String Quartet). He has won numerous prizes as a composer, and appeared several times as soloist with orchestras, including as a winner of the Menschenkinderpreis from RTL TV (Germany).

In addition to a busy career as a composer and arranger, Ljova maintains a rigorous performing schedule as a violist. He can be heard most often with his ensemble LJOVA AND THE KONTRABAND, the Gypsy party band ROMASHKA, the viola/cello duo JOINT CUSTODY, with the contemporary music ensemble PERCUSSIA, as well as many other freelance groups and projects. Ljova performs on a viola made by Alexander Tulchinsky, and a six-string "famiola" made by Eric Aceto.

Ljova lives in New York City with his wife, vocalist and attorney Inna Barmash, and their sons, Benjamin and Yosif. 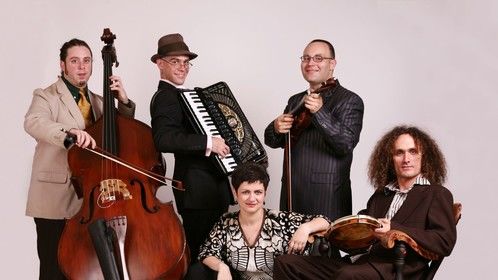 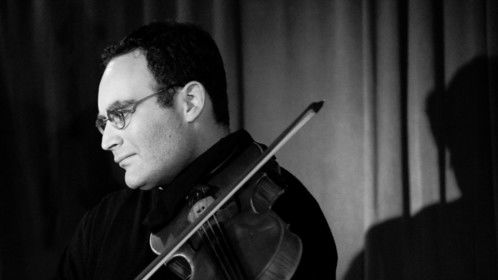 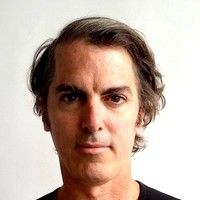