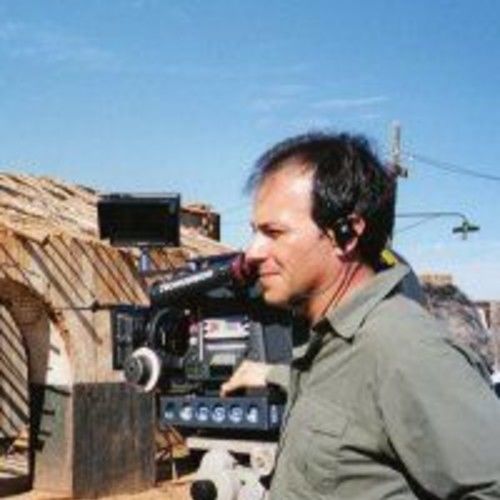 Alfredo Betrò was born in Torre del Greco, Naples, Italy, on June 30th, 1964. His father Lorenzo was a Shipmaster of the Italian Merchant Navy, and taught him since his early years the love for Art in all of its forms. Alfredo attended the Classical High School and then the Faculty of Political Science at University Federico II in Naples, until he won a scholarship for the Italian National Film School, Centro Sperimentale di Cinematografia, in 1988. His teachers where Master Cinematographer Giuseppe Rotunno, A.I.C.- A.S.C., and Cinematographer Giovanni Fiore Coltellacci, at that time one of the most well-known international camera operators. After graduating in 1990, he attended the First European Seminar for Director of Photography Students, held by Master Cinematographers Vilmos Zsigmond(A.S.C.) and Haskell Wexler(A.S.C.) at the Academy of Drama, Film and Television of Budapest. In 1992 he joined Master Cinematographer Vittorio Storaro's crew as a B camera clapper loader for "Little Buddha", directed by Bernardo Bertolucci. Mr. Storaro allowed him to grow "through the ranks" and in 1999 he started as a A camera operator on the filming of a commercial, "Illy Caffe'", directed by Francis Coppola. Just before that, he had the luck of meeting and working as a 1st assistant camera with Master Cinematographer Laszlo Kovacs (A.S.C.) on the Italian shooting of "Return to Me", directed by Bonnie Hunt. In 2002 he attended in Westchester, Philadelphia, the Steadicam Masterclass held by Garrett Brown, whom he had met on the filming of "La Traviata a Paris", directed by Giuseppe Patroni Griffi. As a A camera operator he also worked on "Dune", directed by John Harrison, "Dominion: Prequel to the Exorcist", directed by Paul Schrader, "Zapata:el sueno del heroe", directed by Alfonso Arau, "Exorcist:The Beginning", directed by Renny Harlin. In 2005 he began his career as a cinematographer.