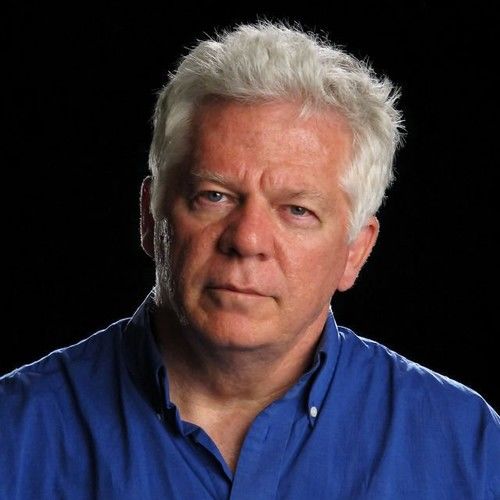 J. Alan Hostetter was born and grew up in Gettysburg, Pennsylvania, and received two BAs from Michigan State University before moving to New York City. After earning his MFA degree at New York University Tisch School of the Arts under famed director Laslo Benedek, beside alums Spike Lee, Jim Jarmusch and Barry Sonenfeld, he temped at Paramount Pictures between production assistant gigs before freelancing full time in the motion picture and video industry as a camera assistant and gaffer.

While lighting many notable films throughout the golden era of independent film, including "His and Hers," "Friends & Family," "Living In Oblivion," "The Florentine," "Frogs For Snakes," "The Prince Of Central Park" and "The Myth of Fingerprints," he also gaffed a short comedy "Crackers," as well as the Oscar-winning shorts, "The New Tenants" and "Molly's Pilgrim." He also gaffed two American Playhouse dramas "Eugene O'Neill: Journey to Genius" and "Blue Window," TV movies "The Lottery" and "Country Justice," PBS and ABC afterschool specials, several horror films and even a California sexploitation comedy. More recently, he gaffed "Lily of the Feast" with Paul Sorvino and "Once In A Lifetime," a TV pilot.

As a Director of Photography, he most recently shot award-winning short films, "Hungry" and "Can't Dance." His most recent DP credit of note is "The Passion of Miss Augusta," a Civil War era b&w silent and 1950's ‘Technicolor' experimental narrative feature, "Company K," a WWI combat feature, "the 24th day," a kidnap drama based on the play of the same name, several episodes of the PBS series "Closer To Truth," interviews with many celebrities for Starz, runway fashion, corporate industrials, promos, convention coverage and documentaries, including the noteworthy "In The Wake Of The Assassins" and "Eugene Walter, Last of the Bohemians." His work has taken him all across the US, Germany and Greece. His DP reel can also be seen on both Vimeo and YouTube.

An award-winning screenwriter for his Civil War action/adventure/romance "Ironclad" and the thriller "Hellcat," he has written several screenplays, two novels and is currently at work on a Broadway musical about the Battle of Gettysburg. His solid foundation in script-to-screen story-telling gives him a special perspective in translating the written word to the visual image. He is known to be fast, good AND expedient with crews and equipment to fit tight budgets and has received the highest praise from co-workers and producers for his positive attitude and sense of humor under difficult circumstances and high pressure situations.