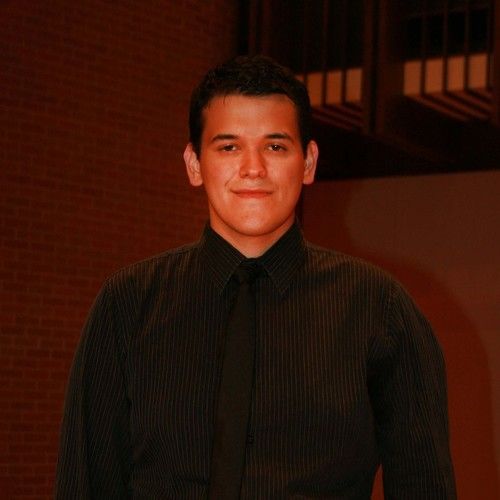 Jesus J. Martinez is a graduate student at Southern Methodist University in pursuit of his Masters in Music Composition. His undergraduate work was in Music Education at the University of Texas at Arlington. During his tenure at UTA and now SMU, he has been commissioned for several feature length films including The Okra Principle (2009), Mystery of Birds (2010), and most recently, Take the Spotlight (2012). In 2012, Mystery of Birds won the African Movie Academy Award for Best Film by an African Living Abroad. In March 2011, Jesus won the ACES President’s Award for his original composition, Threnody for 9/11. This award made him the first music major at UTA to have won the highest undergraduate award at the symposium. Later that year, Jesus premiered the full production of Threnody for 9/11 which included UT Arlington orchestra members, the Arlington Boys and Girls Choir, Dr. Alan Saxe, Narrator, and Ann Marie Boeding, Soprano. In January 2012, Jesus was recognized by the Texas State Legislature, granting him a resolution in his name for his piece, Threnody for 9/11. Jesus is the president and cofounder of the student chapter of Society of Composers, Inc at SMU. Jesus is a recipient of the School of Meadows Artist Scholarship and is currently published by C. Alan Publications. Jesus is an educational artist with Vic Firth Drumsticks and an educational representative with Marimba One. Jesus is the president and founding member of the SCI student chapter at Southern Methodist University and is also the composer-in-residence for Irving Symphony Orchestra. Irving Symphony will premiere his commissioned piece Harmonic Tremor, February 2014. 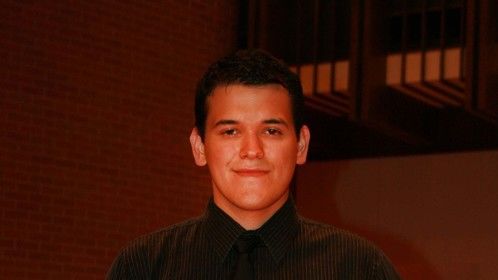