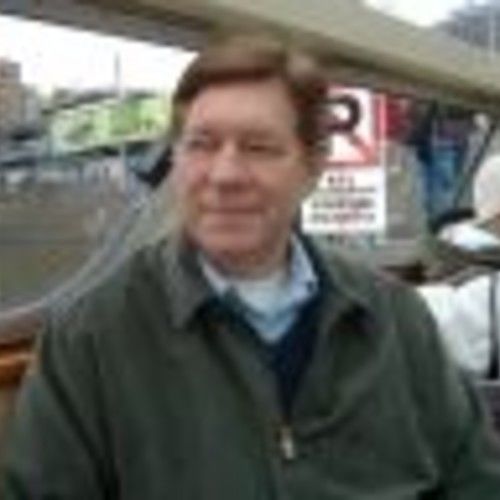 Dorian was a radio announcer with training at SIU. He is a trained actor, educated at College of DuPage. He also trained at at the Saint Louis Broadcast Center in TV and Video Production, and has directed productions of his own plays.

As a conference presenter, he did very effective sales and equipment training, and also set up conferences both for corporations, and for Hollywood presentations. He has also done celebrity recruiting for presentations.

A writer of movie reviews since 1996, he is aware of what makes a movie good. He has ~20 proprietary criteria for rating scripts and movies for audience and market success.

He is a writer with years of story editing, development, and writing instruction experience. In 1992 he wrote How To Write A Screenplay, (available now only online) whose material publication was partially funded by AFI, through a Willard Rodgers' request. (AFI does not publish or endorse.) It has been used by many in the public schools as a non-curriculum addition.

Writers Workshop was a screenplay development environment, supported by all of the major studios and many Hollywood principal actors, directors, and agents. Dorian was one of the top developers. The goal was to help the writer develop the story to its marketing potential through feedback, staged readings, and industry contacts.

Author of Writers Workshop Script Doctor, (no longer in print), he researched hundreds of screenplay critiques, and compared them to top producer and director feedback. Since 1996, Dorian has been author and publisher of the popular Internet site , which is about screenwriting and writing for other media.

Seasoned and proven business, media, and technology professional with over 17 years business management and supervision experience, forecasting and budgeting experience, including P&L, for a major Fortune 10 business unit, small businesses, and startups.

Dorian's track record at DuPont included excellent selection of employees, development of nearly all employees to higher ratings, excellent employee relations, major improvements in work output, successful resolution of major subversive conflicts within the organization, streamlining of business reporting resulting in increases in revenue and lower costs, and major improvements in earnings through cost reduction and major revenue increases during a slow market.

He managed and coached up to 15 people in 7 States and two districts, on managing their individual businesses without close supervision, resulting in improved efficiency and customer relations, and achieving double-digit annual increases in revenue.

Involved in the writing side of the movie industry since 1980, and having production planning experience, he is familiar with movie production, problems, budgeting, and best practices.

Dorian has an early technical background in electronics, and has been a Webmaster since 1996. He publishes several state-of-the-art Internet Web sites, and has worked in Internet communications companies from 1996 to 2001, and often since then. He was responsible for a deep understanding of various Internet technologies to document and market them.

In 2000, he researched products ranging from CRM to original early research on the technical viability, convergence, and market potential for Internet streaming of entertainment. From 2001 to present he has streamed video professionally through various mechanisms.

He has developed a process, through staged readings of his own plays, and staged readings for Hollywood audiences, for early presentation to focus groups in the most cost-effective form.

He was marketing manager for two software companies, GT Software, and Enkia Corporation, responsible for marketing research, advertising, and campaign management. He transitioned one from a sales driven organization to a marketing driven organization, to focus on overall market need and opportunities. As a marketing manager, he interfaced with major corporations such as IBM and Equifax Credit Card Services. Later he ran advertising campaigns on Google, and worked on the launches of the Silverpop campaign platform.

Dorian has developed and delivered numerous multi-week training courses, including for DuPont, in the software industry, and short courses in acting.

Unique traits: People person who is excellent at getting the best performance and dedication from people.