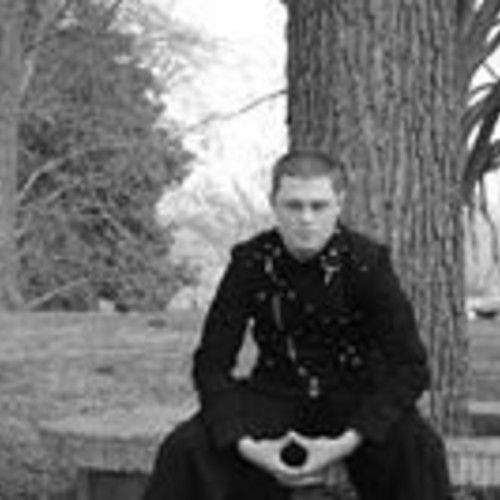 I've been writing for a far back as I can remember. I started my book (A Walk On The Wayside: Embrace The Fall -- on ) before I was in high school, and didn't finish it until I was in my twenties. I wanted to go to film school, but circumstances kept preventing that from ever happening, so I had to take a different route into the world of entertainment.

The first gig I ever did was with a community theater group (Fronkensteen Theater Group) as a set builder/painter/lighting tech-engineer then made my directorial debut with our second season's festival and assistant directed with two other plays, but still wore many of the same crew hats. I found it weirdly easy how I fell in love with the show-making process, but my first love was writing.

I wrote my first production as a stage play, but the Artistic Director told me it would be better served as a film. So I adapted it into that format, already in love with the writing process. Seeing your script start as this crude outline into the finished product, line-by-line and page-by-page, is like watching a child grow. Then comes that "pinch me moment" when you realize it's finished. After that I went on to write two other films (one short, one feature). But it would be Stage 32 that helped me get my writing noticed.

I sent out an email to a guy named Kirk Johnson about this TV show he was developing called Intergalactic Space Rangers. After a few emails, I decided to run with his vision and wrote my first ever TV episode. For my part, I'm just going to keep churning out one episode after another until we all run out of ideas -- which isn't likely anytime soon.

Unique traits: My writings tend to to have a dark-sided twist and subtext. Life experiences have taught me that the world isn't all sunshine and rainbows. However, I also include a message for the greater good imbedded in the darkness, for those who look deep enough to find it always will.