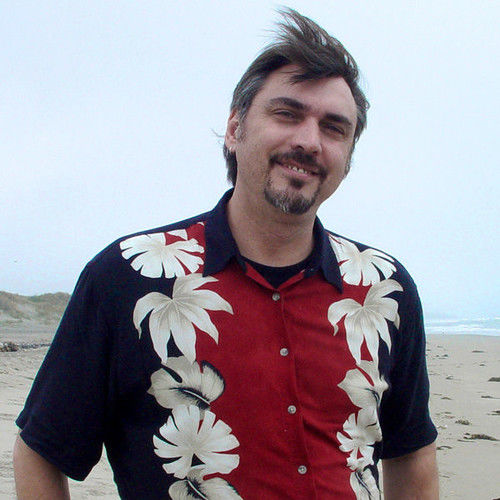 B.J. West is a writer, flimmaker and artist who has worked on some of the best-selling games of all time, including “TheSims” and “SimCity” franchises for Maxis/Electronic Arts.

B.J. produced and directed the short detective film “The Smiling Man,” released on DVD in 2007, handling all aspects of production including camera, lights, set design and construction, props and costumes, visual effects, DVD mastering and packaging, and publicity. The film was featured in the Anderson Valley Film Festival, and has been shown on City College of San Francisco’s showcase of local films, “Watch This!”

Mr. West recently designed and published a deck of brainstorming cards for screenwriters and other story tellers called “Story Forge.” He launched the project through a highly successful Kickstarter campaign, and they have been selling vigorously since.

He served as Producer/Art Lead on an original Cyberpunk adventure game called “Black ICE\White Noise” for Atari Corp., though the company went out of business before the game could be released. B.J. is currently developing a documentary feature film
based on those experiences.