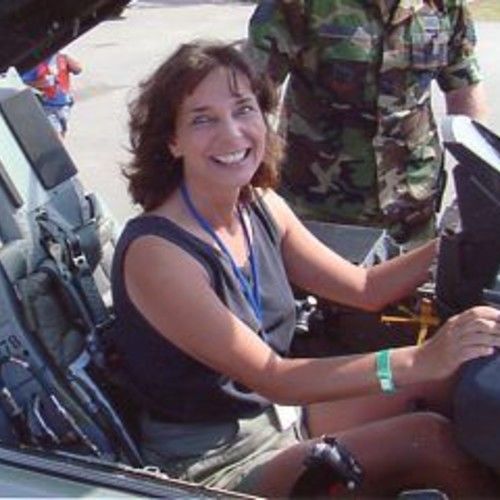 Originally from Milwaukee, WI, I moved to Los Angeles after graduating from the University of Wisconsin with a B.A. in Communications (Radio/TV) and an English minor.

A spec script I wrote helped me land my first two writing jobs. Both scripts were produced on a shoestring budget and went directly to DVD. Not all that glamorous, but it was a start.

I continued to hone my writing skills and, to date, have 10 + full length screenplays and a handful of TV scripts under my belt.

The decade I lived in L.A., I wanted to get the full production experience ... so, aside from writing, I was employeed at a post-sound house. Starting as a receptionist, I worked my way up to Foley Walker where I walked two seasons of the soap opera "The Bold and the Beautiful". From there I was promoted to assistant sound effects editor. (my mentor went on to win an Oscar for sound editing on "Gangs of New York")

On set, I gained valuable insight working as everything from a P.A. to a prop assistant to a script supervisor. On the side, I did some script reading for Paramount and Ixtlan Studios (Oliver Stone).

I, eventually, landed the dream job of Director of Development for a small production company in Northern California.

A death in the family resulted in my re-locating back to Wisconsin - where I was hired as a Writer/Producer at the world's largest aviation organization (EAA - in Oshkosh). Warbirds were always my favorite. (my headshot - me sitting in an F-16!)

At present, I am in the Ozarks (MO - husband's home state). Although, I have been fortunate enough to get a production gig here and there ... and have done some reading for Parkway Productions (Penny Marshall's company) it just isn't enough to satisfy the muse.

So, writing has now become my full time job. I have recently finished a novel to script adaptation for a new client. And my sci-fi comedy "Wizard of Fresno" is polished and ready for the contest season.

Unique traits: Have worked and written about aviation for 4+ years. Am a huge animal lover. And I am one of the crazy ones who will run out in the middle of the freezing night to watch a meteor shower or lunar eclipse - astronomy has always fascinated me.