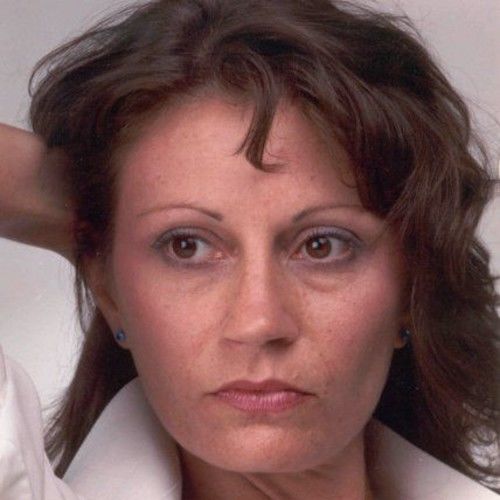 Since I was a child I have loved being involved in the performing arts. I wrote my first play at age 9. It was supposed to be a one-act skit, but I made it a three-act play, using the Peanuts characters created by Charles Schultz. All through my youth I was in theater groups and school productions like Pippin or Godspell. I made a short silent film reenacting the assassination of Julius Caesar.

I served as stage props mistress and set-dresser for the Florida Dance Theatre for several years. I designed and expedited an award-winning float for the Lakeland, Florida Christmas parade in 1998. In 2000 I earned my undergraduate degrees in history and art history. Soon after, I joined the curatorial department of the Tampa Museum of Art, where I worked closely with the antiquities and nineteenth-century photographs collections. There I also wrote monthly articles highlighting items in the collections for the museum periodical, ArtMuse.

In 2007 I moved to Greece with my husband, classicist and author Robin Waterfield. We have written two books together: The Greek Myths: Stories of the Gods and Heroes Vividly Retold (Quercus UK, 2011), and for young readers: Who Was Alexander the Great? (Grosset and Dunlap, 2016). Currently I am writing another young readers’ biography of Cleopatra. In January of 2017 I earned my graduate degree in Classical Studies with Distinction from the University of Wales Trinity Saint David.

I have chronic wanderlust. That comes from my parents I suppose. We were big on taking holiday trips – Grand Canyon, Painted Desert, Skiing in the Rockies, etc. – but my sights were set abroad from my earliest memories. My first trip across ‘the pond’ happened in 1999. I studied at Cambridge University for a summer session. Then in 2001 I did an archaeological tour of Italy, Sicily and Malta. In 2003 I came to Greece for the first time as assistant leader of a student group. I fell in love with the country I had studied from afar for so many years. Other countries I have been to include Albania, Croatia, Turkey, France, Mexico, Nederlands, Montenegro, Jamaica and a 20 km stretch of coastal Bosnia.

Since then I have really never stopped. In 2008 I began doing lectures for small luxury yacht tours traveling the Greek islands and coastal cities. To date I have served as guest expert on more than 30 occasions. In this way, I have seen about 19 Greek islands. Not bad work!

In 2016 I volunteered as a judge to vet short film entries for a film festival held in Kastelorizo, Greece. That meant watching hundreds of shorts and reading script entries. This has been really fun and educational for me. It also got the creative juices flowing. It is very impressive to see what short film creatives come up with.

As well as my young readers’ book project, I am now back to where I began aged 9, writing scripts. A couple of concepts are in the works, and I will share more as they develop. This is really an exciting time for me and I can’t wait to see what opportunities present themselves!