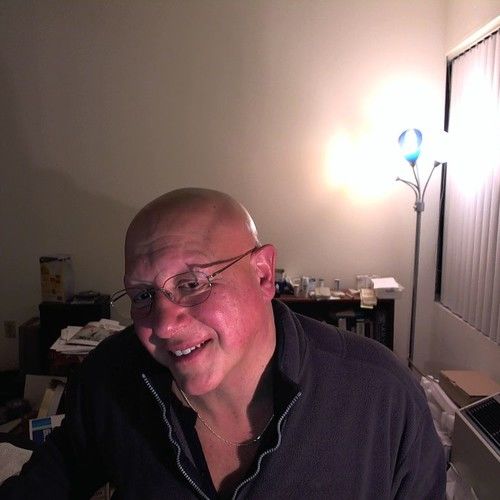 I've completed three novels; lyrics to and produced three country western songs with a humorous bias; and recently completed a collection of poetry which I'm trying to figure out what I want to do with. Truthfully i probably have enough material to have two solid collections but my editor likes to cull.

My first novel "One Rode In" is a psychological mystery. It's told as a framed narrative with magic realism as an influence. Ethereal, yes but with a lot of grounded ideas intertwined and some a bit far fetched-mine- but I think have merit. The second "Ten Storms Revenge" is a sequel to the first told much in the same way. Its a disconnected sequential group of fantastical stories about people affected by the financial meltdown. Eventually all the stories connect. The last novel, " Wannabe Rockstar" I wrote with somewhat of a gun to my head by friends who insisted. The novel answers the "Why" question. Same format as the other two but this recounts a fictional, ummm, memoir of a boys life living in Manhattan's East Village in the late 60's.

All three novels require a free mind to read. I say that because I what I've discovered is although I know we are all different, and approach and interact with ideas from varying points of view, aka my favorite word in the English language-"Perspective"- some can read them straight through and some can't. The reason is those who can't have to control things and you just can not control these stories and where and how they go. You just have to have a free mind, trust the author and then---go for the rides of your life. All three novels are very visual and i wrote through the imaginary lens of a camera. They would be great movies, I think. But of course, I would wouldn't I! Hahahah

The poetry is something I discovered is as much a part of me "as the air that I breathe" to steal a line from a song.

I am a metaphoric person. Why? Who knows.

Unique traits: Managing moments of near insanity into creativity.