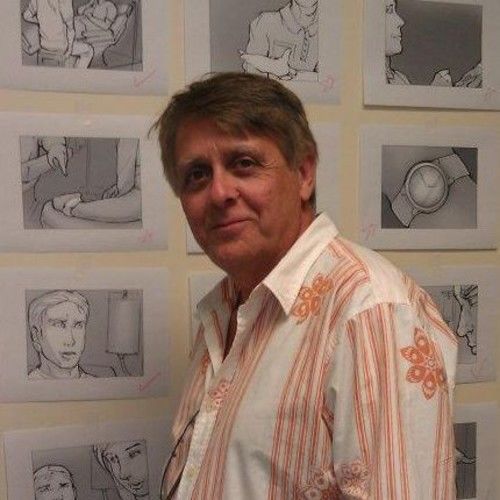 Not really new to Stage 32 but haven't actively used it's potential. So, best to start new (sort of) and introduce myself.
I began writing in 2000 (has it been that long) and won a grant for screenwriters from the North Carolina Arts Council. I've had the opportunity to have my first script shopped by a creative director for Davis Entertainment.
In 2009 I wrote and directed a nine part web series, 'The Carrier' with a local crew in North Carolina. All nine episodes are currently on YouTube. It was a great learning experience and allowed me to work directly with crew and cast.
In 2011, I produced and short film, 'This Side of the Fence', for the lead actor in my web series. Again, it allowed me to see some of the producing side of creating a film.
In 2013, with much of my same crew for 'The Carrier', I wrote and directed the short film, 'The Watch', which is linked here on my Stage 32 site. This was a major step for me in that it was a first entry into the festival circuit and working with a Hollywood Veteran (and real life Vietnam Veteran) Tucker Smallwood (The Cotton Club, Contact, Space: Above and Beyond, and currently in Sylvie's Love that premiered at Sundance). We were honored with winning the Tarheel Tie in Award at the Longleaf Film Festival in Raleigh, NC, the Audience Award at The Macon International Film Festival in Macon GA and the Best Drama Award at the Down East Flick Fest in Greenville, NC. It was also nominated for Best Short and Best Actor (Mr. Smallwood) at the Peachtree International Film Festival in Atlanta, GA.
After a break (I also was traveling heavy for work) I have continued to write, reaching out to establish myself in the film community. A feature length script, 'Dancing Lessons' was optioned by a production company in Los Angeles and working on financing. We have moved from North Carolina to Delaware and plans are to do another short film in 2020.
That's the short version, which is usually the best. Details can be boring, and outside the writing and film work there is little else to tell.