Paranormal Romance and Horror author. My series include the Wolf Town Guardians, The Endurers, and the Territory of the Dead.

The Endurers
About This Series:

Once upon a time, the world was just a black void. Then one day man came, but he wasn't alone. He was followed by an ancient evil, a scourge determined to steal his soul. Centuries passed. Humanity did all it could to protect itself against the evil ones, but they weren't equipped to fight this battle. Instead, all they could do was pray that Hell didn't set its eyes upon them.

It got to be too much. Something had to be done.

Born out of desperate need, warriors were chosen. Immortality was granted to those strong enough to fight the battle that would never end. No longer mortal, these men have stood in the path of dark and horrifying evil, bearing the load when there was nobody else that could.

It's all coming to an end. Time has ran out for humanity...

The Wolf Town Guardians
About the Series:
Born to walk this world as both wolf and human, these men take their role as protectors very seriously. Enjoying sensual pleasures as they please, this group of alpha werewolves are the finest when it comes to protecting their hidden settlement.

Guardians are the masters of self-control, taking pride in their authority and hard, muscled bodies. That all changes at the first scent of their mates. Their control snaps. The mating heat begins.

This is their stories.

Territory of the Dead Series:
Eighteen-year-old Tabitha was just a checkout girl in the small town of Pleasant, Louisiana the night the zombies came. She certainly wasn't a survivor... but she learned to be one. But deep in the swamps and bayous of Louisiana, the secrets keep mounting. Pleasant will never be the same again... 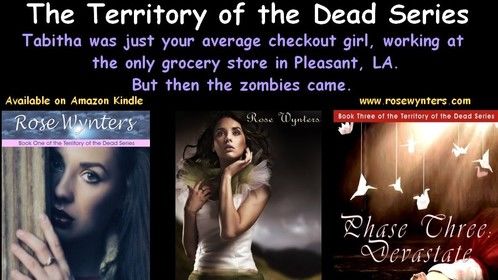 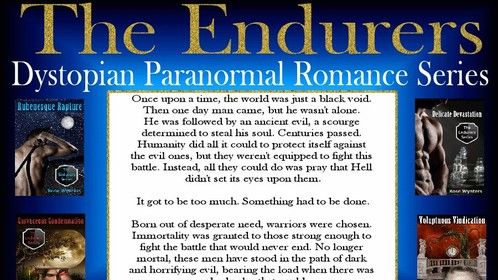