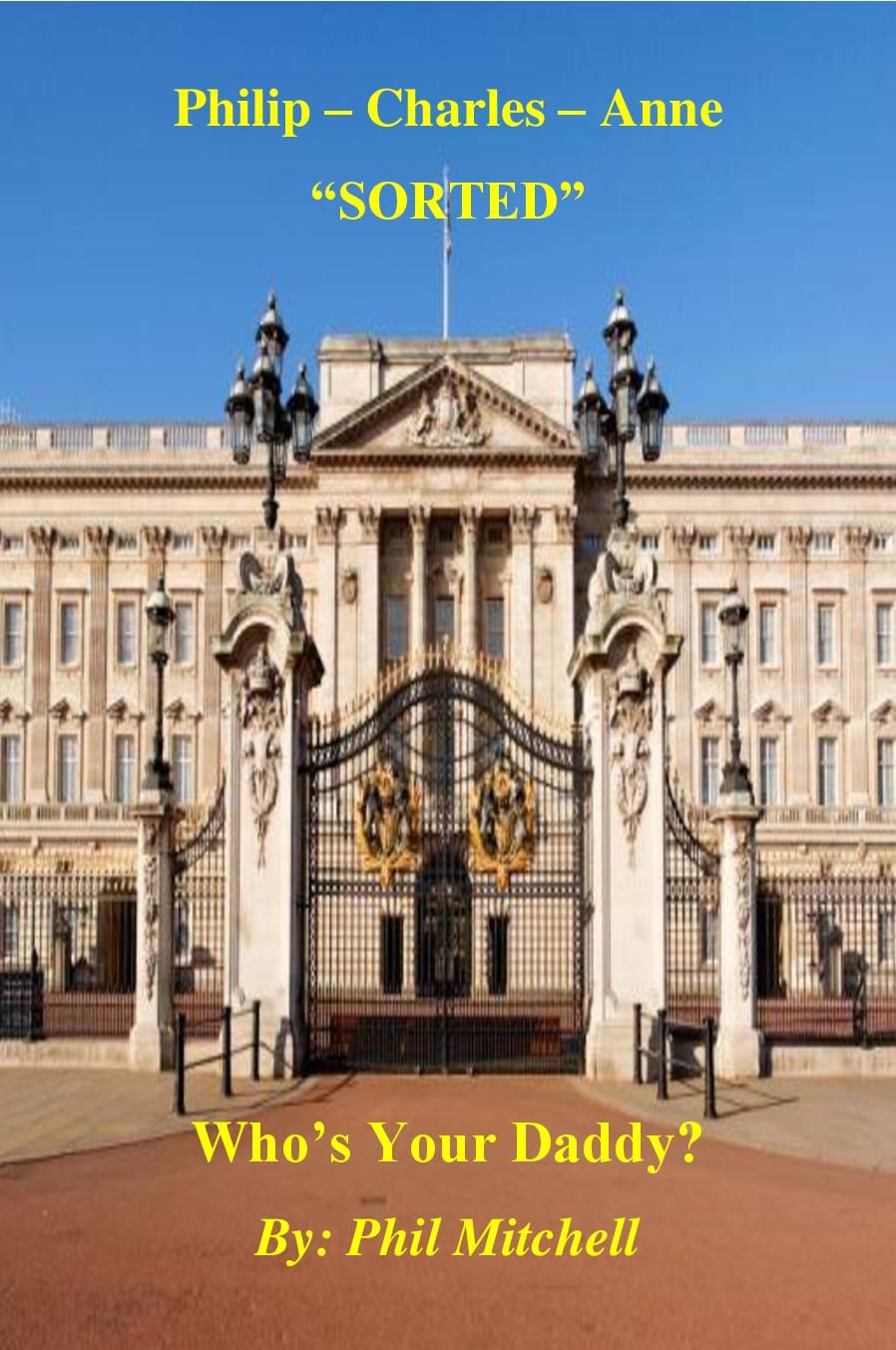 Abandoned by their royal father, "Philip, Charles and Anne" are three free spirited teenagers from the 1960s who have a plan that will make them all millionaires. They steal £18.5 million and make a bolt for Spain. Pursued by two low life villains, the Queen Mother arrives and things become interesting. The culmination is a brutal showdown with a twist from the villains wives on the Spanish island of Majorca.

The book is online with Amazon, Barnes & Noble, and Nook Press.

There is also a finished Screenplay available

This is a fast paced, action packed adventure about the rivalry of two London gangs, the British royal family and a small group of young friends growing up in a dog eat dog South London council estate.

Prince Philip's three illegitimate children Philip, Charles and Anne steal £18.5 million from under the very noses of everyone at Paddington station. Afraid for their lives, they flee to Spain and become property tycoons, but with two South London villains trying to muscle in, the protection they have from the Queen Mother proves invaluable.

Brian is an old school friend of Philip, Charles and Anne. He searches out his old school friends, and tells them about his plan that will make the Great Train Robbery look like a child’s piggy bank robbery. “The Three” are very interested and two weeks later after some planning, they carry out the robbery.

Harry is an overweight South London gangster: (Ray Winstone type) and Bob, his minder: (Vinnie Jones type) have to defend themselves during an armed home invasion. They come out on top and learn from one of the raiders that the incident was all about some Spanish villas that Harry is interested in. Vince, (Jamie Foreman type), a rival gangster is also interested in the villas.

Harry already knows Philip, Charles, and Anne from his night club in Streatham Hill, South London, but he has no idea they have all this money. As a low life, that has never had any connections with royalty and the cudos of having Philip, Charles and Anne as regulars in his nightclub has peaked his interest.

After the robbery, the two gangsters and their wives, together with Philip, Charles, and Anne, find themselves thrown together in Majorca. Here, the gangsters find out that “The Three” are multi-millionaires who own the villas they are fighting over.

That night at Vince’s villa, Bob, Harry’s body guard is shot and killed by two of Vince’s men. Bob had been sticking his nose into Vince and Harry’s business affairs and had to go.

The next day, while the gangsters are on a boat, their wives have them blown up and killed. The wives are both younger and fitter than their overweight abusive husbands, and with two business empires just sitting there waiting to be taken. They took them.

It is at this exact moment that The Queen Mother turns up in the harbour, on the Royal Yacht Britannia, at the same time that Philip, Charles and Anne are buying a villa from Barbara Windsor. “Her husband is Ronnie Knight, another gangster”. They all see the explosion from the villa, which is situated on a cliff top.

That same night, the Queen Mother and her entourage attend a loud and noisy party at a local bar in the harbour.

A few days later, back in London, they all end up in St James’s Palace, watching the World Cup Finals on the Queen Mother's colour TV. England win and the Queen Mother, in her best cockney accent gets up, raises her arms in the air and shouts “SORTED”.

Thanks, Nathaniel all we need now is for someone to make it onto the big screen. I have two other scripts also sitting around just gathering dust.

By the way Nathaniel I have another movie script called "Bad Ivory" you might also like it.