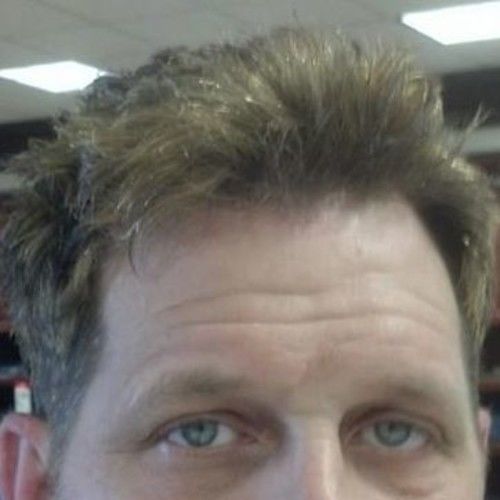 Juan Rios Gaspard, Born on 8-25-1965, to Clarice "Louise" (Staton) Dupuy, My Mother and best friend, A devoted caretaker of the elderly and Misfortunate, An LPN, She Loved every person as Family, and taught me such Valuable Lessons about Honesty, and Integrity, compassion and Love. I was raised By Her and My Stepfather, Loveless P. Dupuy, A Man of his own Character, in a small country suburb, Poydras Louisiana The entire Villa, comprised of 1.5 miles, in St. Bernard Parish, Louisiana. I Attended St. Bernard , where in my Junior Year, for my 17th Birthday, My Mother wept as she signed, the papers , for me to join The Marines, I went to USMC boot camp on 2-14-1983.

I served in the United States Marines from 1983 to 1986, during My Tour of Duty, My M.O.S. was 03-31, I was an "M60 machine gunner" for Weapons Platoon Company "E" 2nd Battalion 7Marines 1st Marine Divisions (weapons Platoon) later I was reassigned to Weapons Company 2/7, in the Heavy Guns capacity and has had extensive weapons training including 50 Caliber weapons. In my Tour of Duty, where I traveled to 20 different states , I was also deployed to Okinawa Japan, and South Korea for Operation Team Spirit 83/84 and I have visited 6 different Countries.

As a young adult I was an Emergency Medical Technician, Emergency 9-1-1 Dispatcher, before getting into Carpentry, Construction would become My forte, I excelled as a pipe fitter, again became the top of my class in Pipefitting. pipe-fitters keep America pumping at the gas lines

I am known as The of Louisiana, because of My characteristic past, and survival skills, I am a VERY bold Person, My Character Dictates, I must be A Truthful, Compassionate Leader, and Therefore, I must admit, I have a very colorful past. I will defend the Vulnerable, Veterans, our Elders and Children.

2005, was a very notable year for Me, first, on March 6th My Mother Passed away, No other person, Has been so influential in My Life, she gave me Life, She Nurtured me, and raised me, she protected me even from myself, Clarice "Louise" Dupuy, is not only My Mother, she is My Glory Hallelujah, she is the very essence of my existence, I live my life today in the hopes she is proud of the Legacy, I will leave behind.32 days later My Mother in Law passed also, 4 months Later everybody in my Hometown, had in their attics, As Katrina's destruction took it's toll on my Hometown of St. Bernard Parish, Louisiana. 35 days Later My Father joined My Mother, As a result of Katrina's unleashed Destruction onto Humanity.

12-12-06, one of the most defining moments in Juan's adult life occurred tragically, as I and My Beloved wife were struck head on, in a terrible 2 accident, that claimed the lives of the other driver, as well as the Love of my youth, Vernetia Whitfield Gaspard. So, as this world would have it, on 12-12-06 at the young age of just 41, I, Juan Rios Gaspard, became a Widower. I suffered a Horrible TBI, A Traumatic Brain Injury, that basically erased my entire memory in 2006, I have seen too Much, Trust me, just a glimpse, Of what I have survived, will horrify you

In February of 2011 by chance I met an , I was walking down Bourbon , It was Lundi Gras, and I had a Mask, scaring the girls, Just being me! I saw him standing there, admiring me, and Curiosity got the better of me, We spoke Briefly, He took the time to explain to me, the ups and downs of "Acting", ( Pierce Brosnan) within 2 weeks I had Landed My First extra gig, as a swat team Member in "Stolen" starring Nick Cage, after another 2 year Hiatus I have Returned to the Silver Screen, and in 2013 was in 11 different projects, including Bonnie & Clyde,(Bruce Beresford).

I returned to the Silver Screen, after a one year Hiatus, I lost 74 pounds and have achieved some of his goals, I am living much healthier, I try to eat only things that have lived before, basically Paleo, I quit smoking, after 26 years as a smoker. I don't do, or promote Drugs, I do however see the Medicinal Value of Cannabis on a medicinal Level.

I took my Mensa test, and placed off the charts., In 2016 I joined Mensa, for the first time in My Life, My pretest placed me in the 99.9968 percentile, A literal Genius. My Mensa Scored a Raw 96, And My Wonderlic in the 99 percentile range.

its obvious if you are watching my page as a fan, or checking me out as a potential Principle, My Ascent has been brief, That is for a reason, I am my own unique Character, in just 3 short years I have seen my Marketability and Popularity soar, I want to Thank all of YOU for that, You kindness and Support, is what makes this all worthwhile, Without you, This would all be in Vain. So, Again, Thanks everybody, it's all about YOU.

I'm Back, I've shaved My beard short, And still have the hair. I've taken some classes, And I am much more prepared for Destiny to be revealed, So eloquently.

2019 update After almost a year I am returning again, and planning a California venture in late 2019, or Early 2020 its obvious the hair and beard are gone, I am pursuing "Neater" roles. I have taken a few more classes, script Analysis classes, I am much better prepared to pursue my goals of US winning a couple Oscars, Because I, cant do it, without YOU. Yes I even have my first Oscar speech prepared.

2020 Its 2020, and I can see Clearly This will be my breakout year, I have studied diligently and applied all my energy into learning and perfecting my talent and skills, It isn't time to relax, But Rather its time to push myself harder, And Grow into my skills. I am submitting for "Roles" and soon, you will not only see me, But hear my expertise Brought to life on the Silver Screen, and Your T.V. I took script analysis and preparation for film, classes in 2018/19 with Sandra K. Horner of , Then studied and filmed with Veleka Gray of Louisiana.

I can assure you, I am a lot more prepared, by no means finished learning, but only beginning.

Its a Journey of the Soul Melding the Mind and Body into Characters to display before you, I want to Thank everyone who believed in me, and cant wait to feel your excitement when we see each other. Years of classes later, Blocking, Script interpretation, Beats, Intentions, Presentation, And becoming the Character, Have prepared me for speaking roles.

To my "Colleagues" Get ready, Cause I'm coming to get everything you said I couldn't have.

Character preparation, Is an ongoing process for a Method . It's a struggle, To draw from Stanislavski, Robert Lewis, Michael Chekhov, Uda Hagen, Sanford Meisner, Stella Adler, Lee Strasberg, the stellar stars we are blessed to study and learn from, And others, as you pick from the leaves of the "Method tree", And make a of , In the mind of the Director, Who only tells you the ingredients, never the portions. Too much, It's too bitter, Too less, It's too sweet. So somehow in my quest of bringing the dead to life, As well as being a Mind reader, I have to find a way to trust the guidance of a person who will tell me hardly anything, And sometimes too much. I function in a mind frame of less is more (Eastwood) (Spaghetti westerns) as I plunge into a world of the written unknown, Where bland words are given life in my passion to perform, For you. So, Shall we sit, And have some , From the imagination of my creativity.

An entertainer does not receive Accolades for doing what they are Comfortable performing, But by confronting the fears of failure, going headlong into the unknown abyss of re-creation, and Bringing the Character to life, Becoming The Character, so Skillfully, So well, you forget its a Movie, and Who the is, in real Life.

"Don't tell me you can't do it, If you've never tried, Just be honest and tell me you are too afraid to try."

" I can do all things, through Christ that strengthens me."

It's never, About me, And always about YOU 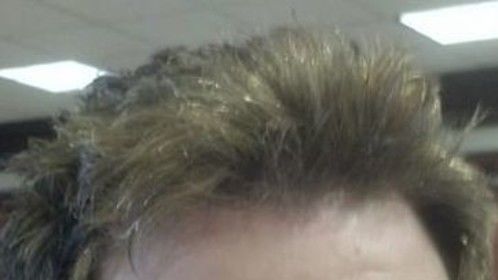