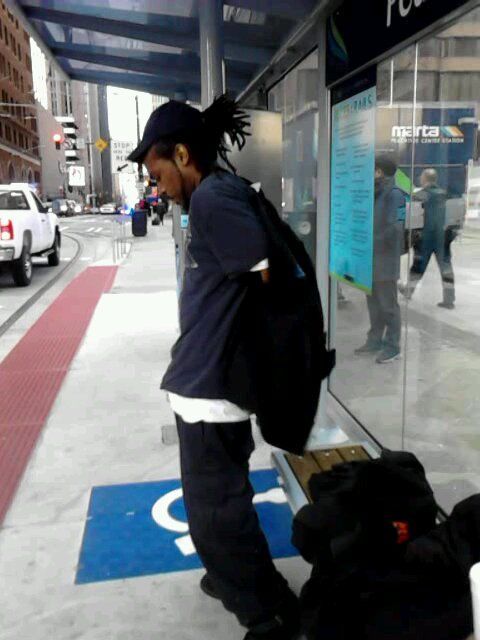 The biopic of an

Based on a true story

While growing up in Columbus, GA. Howard A.K.A Sewa~Cida began writing raps at a very young age. He also began drinking alcohal, smoking weed, and selling drugs with a child hood friend name Lonny at a young age. At 17 he was charged with several felonies and did 6 months. At 22 he was charged with several traffic violations and sentenced to probation. At 23 he violated and had to do 6 months. This is when he adapted the name Sewa~Cida. Pronnounced sui-cidal.

His attempt to put the music before everything was constantly short lived until he was introduced to a local producer name JT. After the 6 months drinking became a big issue and led to him beeing hospitalized. By 25 he had graduated from a rehab and kicked the drinking habit. JT was always there.

Coincedently, when JT built a studio in his cousin house in Decatur, Sewa~Cida also had a uncle living in Decatur. It all made sense when Sewa~Cida was kicked out of a housing program and needed somewhere to stay. His mom made a suprise call to his uncle for him to move there. Although, his uncle always told him he can stay when he came to visit with JT to record.

Those previous visits brought Sewa~Cida Thoughts; The Album and Sewa~Cida Thoughts; The Mixtape. When he moved there permanantly the recording sessions slacked up. JT had a child and Sewa~Cida had one a few years later. Sewa~Cida first relationship didnt last long. He had a girl name Jakiyah. The lack of studio time led to criminal activities. He was sentenced to 18 months for burlary. During this time he gave up on music and started screenwriting. A very pivotal moment happen with his two year old, Jakiyah, trying to come through the visitation glass that made him think clearer.

Upon his release, he started a new relationship. This time he had a daughter name Aaliyah and became a working dad with her mom; Fatima. This relationship lasted several years and Sewa~Cida decided to spend all his free time screenwriting. Between writing scripts, working and starting back to drinking too much he lost touch with his family.

He eventually connected with a co worker, Thomas, to film Sewa~Cida Thoughs; The beginning of the End. A short film based on his life. Another co worker, B, introduced Sewa~Cida to a guy name Flave to help with script development. Things were lining up.

The neglect towards his family life caused Fatima to leave with the child. Sewa~Cida took it pretty hard. He quit his job and went on a drinking binge that lasted 30 days. He didnt answer the phone for hardly anyone and focused solely on his writing projects. When he finally came to consciousness and answered his phone, it was Thomas letting him know the short film was nominated for an award. Two years later he shakes the drinking habit and is successfully writing scripts in LA with his wife and kids.