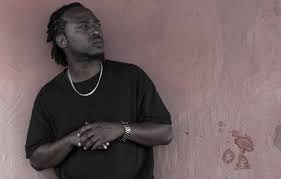 Sewa~Cida is an underground artist in Columbus, GA. who faces constant adversity. After being released from jail at 17, Sewa~Cida becomes tight with friends in a rap group called O.B.C. Their relationship eventually goes sideways and regains alliance with a rap group called R.A.N. R.A.W. Sewa~Cida was previously introduced to the group by his homeboy Cecil. They continue recording until drinking and fighting lands Sewa~Cida in rehab.

After a few jail stints and successfully graduating rehab, he leaves Columbus for Decatur, GA. His uncle opens his door and coincidentally his former producer lives in the same city. Sewa~Cida starts a new family and a new album, Sewa~Cida Thoughts; The Album. His first attempt at family life is short-lived. His second attempt lasts for several years until the drinking comes back. Both relationships begat a child. Jakiyah; the oldest and Aaliyah; the youngest. When Sewa~Cida Thoughts; The Album failed to sale, he transitioned to screenwriting during another bid in Jonesboro, GA.

The second break up lead to an eviction from his apartment. Sewa~Cida goes on a drinking hiatus, while working on several projects. This lasts for 30 days. When he comes to he realizes his friend, Thomas Byrd, has been trying to contact him about an award their short film, Sewa~Cida Thoughts; The Beginning of the End is up for.

During the festival, Sewa~Cida is contacted by an earlier industry friend who has someone interested in buying one of his feature films scripts. They win an award for best Underground Short.

Two years later you see kids playing in theback yard of a house. A pretty lady is on the grill and Sewa~Cida is still writing.