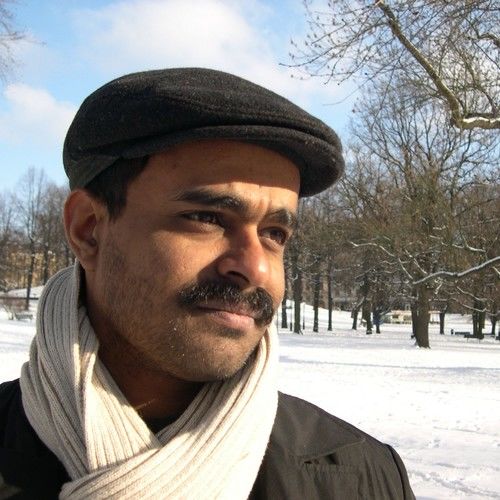 Mohammad Haddad is a Bahraini composer and music critic, an active artist in the film scores of Bahraini films. He picked up the Lute and made it his major instrument until he flew to Cairo to pursue a degree in music composition and conducting at the Cairo Conservatory of Music, focusing on the Piano.
Armed by a very western Piano in one hand, and an extremely eastern Lute in the other, with enough power to bridge the gap between the two worlds of east and west, he experiments in the traditional Bahraini music, analyzes it, breaks it down, builds on it and merges it to the abstraction of contemporary forms.

Taken by the idea of composing music for the screen, he composed music for Movies and short films, Theatre, Documentaries and Animations. He also collaborated with number of other artists like sculptors, poets, actors and photographers.