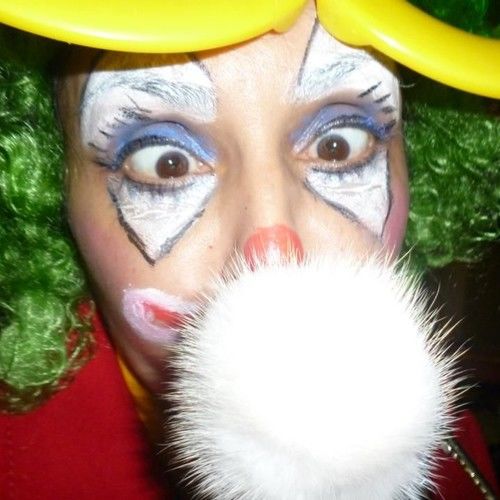 Marina Petris was born in 1961, in Gratz, Austria. However, her family comes from Myconos.

EDUCATION
First she attended public and private schools in Athens, and then she attended the First Economic High School of Athens in the area of Gyzi.
She studied art in the Highest School of Fine Arts in Athens from 1978 to 1983. Her professors were D. Mytaras, G. Mavroidis and G. Moralis.
She also took sculpture courses offered by professor G. Nikolaidis in the same school.
Thanks to a scholarship from the Institution of State Scholarships, she studied painting from 1985 to 1987 and also attended the Audio Visual department from 1986 to 1987 at the Royal College of Art.
2013 takes postgraduate degree in Business Administration at HMA - (Mykonos - Athens)

She stayed in London until 1990.
Since 1990, she has been on the move, living in Piraeus, Myconos and Berlin.
In addition to art, she also focuses on comics, decoration, illustration, folklore, radio program creation, stage design.
She has been active abroad taking part in Greek communities and Organizations, doing cultural work and assisting Greek people with their problems.
She has also been active on the island of Myconos, her homeland, making an active contribution to local culture.

SHORT FILMS
As far as films are concerned, in 1987 she created the short film “Name Marina” (Audio Visual), which was presented in a show organized by the Royal College of Art in London.
In 1998 she created her second short film “The Sleeping Beauty”.
The above two films represented Greece in the Media Festival of Osnabruc, Germany, in 1998.

THEATER
As far as theater is concerned, she has done stage design for the Art Theater of London.
In 1989 she wrote and staged the play “Selinou” on Myconos, which is an adaptation of a homonymous popular fairy tale.

CULTURAL SOCIETIES – GALLERY
In 1990 she founded the cultural society “Hellenic Fairy-tale Drama” to propagate Greek Fairy Tales and Tradition. She set up children’s shows in the form of theatrical games and puppet shows, adapting popular Greek fairy tales.
From 1993 to 1996 she operated the Gallery “ONLY ONE” on Myconos, organizing a number of events focusing on visual arts, literature, music, special shows and art lessons for children. She is still organizing art lessons.
In 2004 she set up the publishing firm MYCONIAN LIGHT.


POETRY – LITERATURE
As far as poetry, literature, historical and folklore studies, and children’s literature are concerned, she has published various texts in newspapers and magazines since 1978.
In 1980 she was the first prize winner in the competition held by the Association for International Detente and Peace.
In 1981 she published the poetry collection “First Touch”.
In 1983 she took part in a poetic evening held as part of the Meeting of New Creators in the Gallery “Hour”, in Athens.
In 1986 she published the poetry collection “Golden Bottom”.
In 1991 she published the poetry collection “Marina no longer exists”.
In 1993 she presented her poetry work in the art center “Begine”, Berlin, and in the Gallery “Yakinthos”, Nyreberg.
In 1994 she did so in the Association of Greek Scientists and Academics in Berlin, where a collection of her poems was published under the title “Aniram”.
In 1995 her poetry collection “WE SHALL MEET IN HEAVEN” (the seven plus one manuscripts of Myconos) was launched by “MONO ENA” publications.
In 1996 she presented her poems in the bookstore “Prisma”, Piraeus, in the bookstore “Plython”, Athens, and in the “Coffee Show”, Athens.
In 1998 she did so in the Municipal Theater of Piraeus, as well as in Tinos.
In 1999 she did so in the Cultural Center of Myconos.
In 2000 her Myconian Fairy Tale “Aleofaesa” (adaptation – illustration) was launched by “Labyrinthos” publications.
In 2002 she wrote and illustrated the fairy tale “She-good, It-good”, which w as published by “Onoma” publications.
In 2003 s he wrote and illustrated the fairy tales “Coat” and “Shadow”, which were published by “Gnosi and Techni” publications.
In 2004 she set up the publishing firm MYCONION FOS . So far she has published the following: “Abc book, Myths , Legends, traditions in ancient Olympia until they were revived”.
- “A Church built by angels”.
2005 “The little one from Piraeus”,
“Virgin Mary, Trourliani”
2006, “The Virgin Mary of Theotokopoulos on Syros” 2006
In 2006 a speech was given on her work at the premises of MYCONIAN LIGHT PUBLICATIONS ALONG WITH a visual-theatrical performance on her new book “THE VIRGIN MARY OF THEOTOKOPOULOS ON SYROS” at ELEFTHEROUDAKIS, MYCONOS.
In 2007 she set up a visual performance for presenting the book “THE VIRGIN MARY OF THEOTOKOPOULOS ON SYROS” at EKVASIS ART ROOM (Loli’s art house).
In 2008 the Third Arsakeion School of Athens held a presentation, in the form of a theatrical show, of her new book “THE VIRGIN MARY OF THEOTOKOPOULOS ON SYROS” at STOA VIVLIOU.
In 2009 issued by the publishing house "Mykonians fos” 'children's books'
"It's time to loss thanoulis dummy" of Anrianas Geronti
, "Bee-Bee" by Maria Joanna GIAKOUMAKI, the "For a red teardrop" and "Kioura foreign" itself and the "The contemporary Greek Karagiozis " for adults
Presents the Tale "Bee-Bee" by Maria Joanna Yiakoumaki, the Lodge Book of Athens, Syros Cultural Center in 2009 and 2010 the "Kioura foreign 'the brotherhood of Tinian in Athens, but also in schools and other cultural centers of Greece.
In 2010 issued by the publishing house "Mykonians fos" the children's book "Lady Tsambika" report presented by illustrations in Rotonda Kallithea Rhodes, at the Cultural Center of the Municipality of Rhodes Archagkeliton and schools of Rhodes.
In 2011 issued by the publishing house "Mykonians fos " card collecting "Greetings to the forces of Angels."
In 2012 issued by the publishing house "Mykonion fos " poetic collection "in Twilight of Artemis"
The 2011 has all of the writing and publishing of project report Mykonion Fos Books with Performance by the first book of the series A Virgin Heart opens the door "church or Angelochtismeni" at Gallery Andipa in London.
In 2011 she publishes the Angels Card Collection "Greetings to the Angels" published by Mykonio Fos editions .
In 2012 you present at the MYKONOS MUNICIPAL GALLERY SHOW during the event for the Mykonian publications a tribute to her editorial work and closes the event featuring performances for young and old based on the homonymous book "church or angel built".
In 2013 at the Gallery ANDIPA London, a tribute to the work and course of the Mykonio Fos publications.
In 2014 she writes and presents a puppet show at the Mykonos schools for saving the earth with her play "blue planet"
In 2016 he edited with ELEFTHEROYKAKI editions in collaboration with the publications "Mykonio Fos" the bilingual book “Petros the Pelican of Mykonos”.

In 2016 in the art center Michalis Cacoyannis presents the book "Petros Mykonos Pelican" in the form of theatrical performance and is honored for its contribution to the dissemination of Greek culture abroad.
In 20172016 he edited with ELEFTHEROYKAKI editions in collaboration with the publications "Mykonio Fos ”

Since 2005 she has been working with the magazine SECRET GREECE, published by AGNOSTO, where she has published the following historical – folklore treatises: Fairy tales in Greece, The Fates, The “Xarostika”, The Masks, The Secret MYCONOS, The Unknown PIRAEUS, The Ancient Intelligent Weapons, The Labyrinth, The Unknown Kalambaka, etc.

She has also published various texts on art and art review in the “Pan Road”, “Agean Sea Isues” and “Secret Greece” magazines, in the “New Myconos” and “Myconian” newspapers, as well as other texts in Greece and abroad.


Unique traits: unique art pieces, hard-working, creating new ideas for art projects, work with deferent materials, she loves the classic ideas from old art and she inspired in her modern art from them, she writes books for kids based in history and traditions as buckround 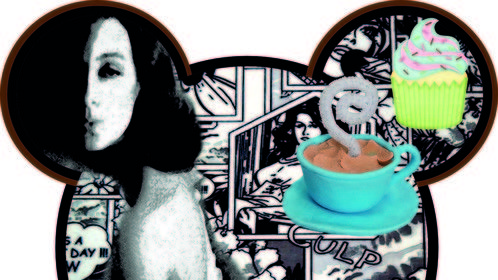 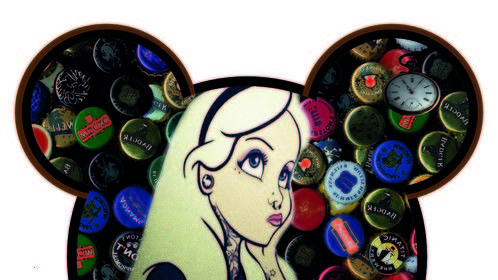 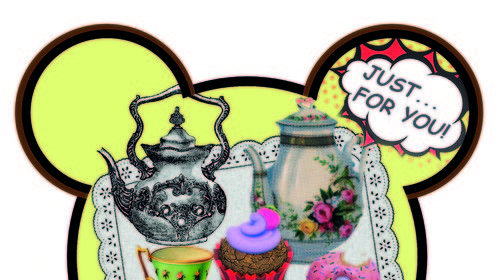 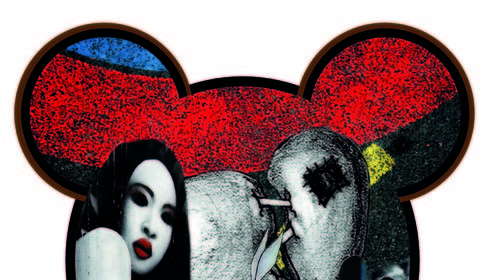