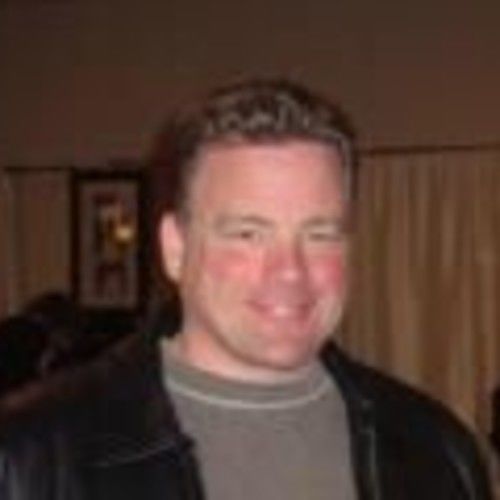 
“Characters. It’s always been about the characters, from day one,” Johnny insists. “It was never about the phone. That was merely the medium which gave the characters their form.” This wacky group of different personalities is the bedrock of “The Jerky Boys” project and now, hundreds of characters later, “The Jerky Boys” project still thrives, as albums continue to sell and Johnny enjoys a solid voice-over career.

It started in the mid 70’s, when Johnny was still working in the construction business. He had just received a speaker phone as a gift and one day, while searching want ads for a pickup truck, an idea popped into his head. Before long, he was playing tapes of his uproarious phone calls for family and friends. A “900” line soon followed and a number of the comedy routines were then compiled into an album and released on an independent label. Each new character started to come alive as a lead player in each of the hilarious comedy sketches. And that’s how the characters were first introduced to the legions of Jerky Boys’ fans.

Since the release of the first bootleg tapes and debut CD, The Jerky Boys characters have surely inspired imitators. “I remember sitting in a box at Shea Stadium one day, just sitting there, not for an event or anything,” Johnny explains. “And I heard two fans jeering one another. ‘Hey sit down there sizzlechest!! What are you some kinda toughguy? I’ll wrap your f@$#* head in with a ratchet if you don’t watch your step!!’ That kind of thing. I’d hear it all the time, in all kinds of places. What a feeling. Incredible. Who knew?”

Johnny’s biggest inspirations came from New York City’s ethnically mixed neighborhoods - full of wacko-crazy oddballs. “I pick up on everything around me,” explains Johnny, born into a big Irish-American family. The “Jerky Boys” audience, as well as the victims themselves, incidentally, cross all demographic barriers.

The characters’ names, in addition to the phone calls themselves, are often created spontaneously. When inspired to name Frank Rizzo, Johnny’s very popular Italian-American toughguy persona, Johnny didn’t even realize Philadelphia had had a long-time mayor with the same name. “And to do Rizzo is not a stretch,” Johnny claims, since Rizzo is basically based on Johnny’s memories of his father when he was chasing Johnny around the house, looking to give him a good ass-whooping. Johnny then tossed in a few “toughguys,” “sizzlechests” and “nutty-asses” to complete the character.

“The Jerky Boys 3” CD added a new twist on the calls with what Johnny labels the “reverse prank call” – “making the victim…the victim twice,” Johnny explains. “The Jerky Boys 3” contains eight such calls. For the two “Sol’s Chainsaw Shock” tracks, for instance, a classified ad was placed in the newspaper, prompting an unsuspecting party to call him. The resulting calls split your sides. “The Jerky Boys 4” featured twenty-three newly released prank phone calls, including seven rare early calls never heard before. That CD also introduced the groups first hit single “Jerk Baby Jerk,” which quickly rose to the top of the charts.

After over a decade of “legitimate” hit recordings (we have no idea how many millions of bootlegged cassettes made their way into tour busses, car decks and walkmen prior to the first album), the fifth Jerky Boys CD was released and titled “Stop Staring At Me!” which included 24 brand new calls - some of the most irreverent ever. In addition, “Stop Staring At Me!” was the group’s first enhanced product, a breakthrough at the time. As soon as the user pops the CD into his/her computer’s DVD/CD ROM drive, the interactive adventure begins. “The Jerky Boys” characters immediately spring to life on the user’s computer screen and the user is then able to embark on an unusual journey as they weave throughout a surprise -filled apartment complex - “888 Jerky Plaza.” The viewer is able to spy on their favorite characters’ personal lives, giving them an experience unlike one they’ve ever experienced before. Users are able “blow Sol’s hand off” while he screams at them to help mend him with his “nub rub.” They can try their hand at tormenting Frank Rizzo by dumping mustard on him as he sits in his chair. Or, they can get Frank absolutely “liquored to the balls,” while watching the tube. The interactive portion also includes the hilarious video game “Shoot Potatoes at Jack Tor’s,” as a cannon fires boiled potatoes at numerous uncensored moving targets of Jack Tor’s ass. And, if that isn’t enough...the user is able to access a complete “Sound Manager” which serves up a database of various character sounds and famous phrases which the user can then integrate into their personal computer system. A Jerky Boys’ screen saver and link to the official Jerky Boys website, HYPERLINK "" rounds out the “Stop Staring At Me!” release.

MTV soon partnered up with all the Jerky Boys’ characters to produce a collection of 20-second “hidden-camera” station ID’s. These ID’s were aired on the national music network up to 30 times daily. In addition, MTV filmed “Don’t Hang Up Toughguy!” - a prank-filled long form video, which is platinum and still selling briskly. In between projects, the “Jerky Boys” characters joined members of TLC and Salt N’ Pepa, amongst others, on vocals to the track “Gee Officer Krupke,” on RCA’s tribute to Leonard Bernstein, “Songs Of West Side Story” In 1994, Frank Rizzo and Sol Rosenberg even made a live appearance at Woodstock, generating an uproar from the crowd of over 400,000 people. In 1995, the movie “The Jerky Boys”, was released, starring such noted performers as Alan Arkin, Tom Jones and Blizzard of Oz, Ozzy Osborne. The motion picture was released in theaters nationwide. The movie’s soundtrack CD features tracks from Collective Soul, Coolio, Green Day, Superchunk, Tom Jones, amongst others, along with a cut from the Jerky Boys characters themselves. A self titled book was published at the same time, containing cartoons, anecdotes and very personal, inside information about the Jerky Boys’ characters.

“I would say well over 388 calls have been made to date,” Johnny says, “90% of which have been used on projects.” “All I can say is we’re making a lot of people happy,” he adds. “It just tickles the funnybone -- people literally piss all over themselves laughing. It’s slapstick for your ears, improvisational “theater of the mind,” Johnny adds.

Old movie slapstick -- The Three Stooges, Marx Brothers, Abbott and Costello -- serve as a basis for much of “The Jerky Boys” comedy. “It’s something I’ve always identified with and loved,” Johnny expresses. Apparently, many others have identified with this type of comedy as well as The Jerky Boys popularity snowballed over the years. First, it made its way into frat houses and dormrooms. Then it crept its way throughout ethnically diverse East Coast toughguy towns like New York, Boston and Philadelphia, as it then moved on to fans both nationally and internationally. In addition, The Jerky Boys characters are loved and imitated by a wide range of numerous fans among sports celebrities, actors and musicians, including Mariah Carey (Johnny was seen in her music video, “Honey.”) “Lately,” Johnny laughs, “I do these signings when I go around to record stores, and a lot of parents come up with their children, excited to show me that their three or four year old kids know the bits by heart!!”

Product Summary: The first five Jerky Boys albums have sold well over ten million copies worldwide. Two of the albums were awarded Best Comedy Album honors at the NARM convention for two consecutive years -- not too shabby, especially when you consider that much of the material on those albums had previously been bootlegged three times as much as any Grateful Dead tape. The second album went gold in eight days, was nominated for the Best Comedy Album Grammy Award and raced with and beat out Radiohead’s debut “Pablo Honey” album, (actually named after Jerky Boys’ creator Johnny Brennan’s Cuban character on “Jerky Boys 2,” for the number one spot on Billboard’s Heatseekers chart. Subway Sandwiches pounced on the opportunity to use the Jerky Boys characters to sell their sandwiches via the use of prank calls to their shops nationwide. In addition, the The Jerky Boys assisted Anheuser-Busch by boosting Bud Light sales via the use of over one hundred and fifty actual recorded pranks - used for various radio and television spots. Over fifty of these pranks have been used to date. Several of these spots won the coveted Mercury Award, given to the best commercial of the year.

The Jerky Boys - complete catalog of The Jerky Boys Albums – six to date. Created, and continues to create, new characters and voices for the project – over 110 voices to date. Johnny owns The Jerky Boys property. Multi-Platinum and Grammy nominated albums.

Big Money Hustlas – Co-starred as The Chief of police.

Spring Break ’83 “THE ZEROES” – Cameo as self. Performing his character “Frank Rizzo.” Along with John Goodman and Lee Majors.

Mind Of Its Own – Johnny is featured as Rocco the talking penis, also performs cameo in film as Mr. Hamby.