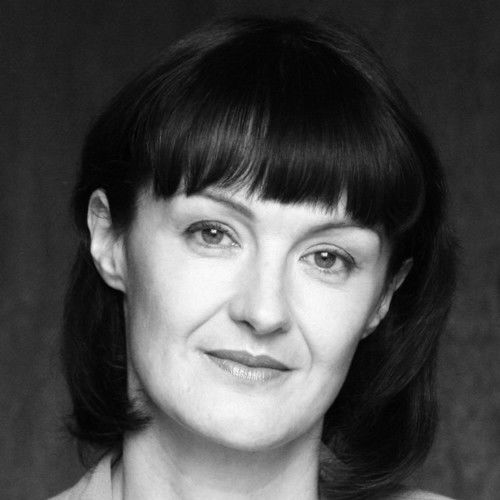 Dorothy trained at The Drama Centre, London. She is a founder member of The Lions part and one of the devisors and authors of Lilies on the Land. She was also in the West End Production in 2010 and has completed the UK National tour during the Spring of 2011. Work last year includes the part of Susan in Alan Bennett’s Bed Among the Lentils at The Henley Festival and for which she won the Best Actress Award.

Theatre work includes: Nancy in Bryony Lavery’s Frozen at London’s Riverside and followed by a National tour. Brenda in Ade Morris’s, The Great West Road (Newbury Watermill); Clarissa in The City Wives’ Confederacy (Greenwich Playhouse); Diana in Peppy Barlow’s, Broken (The Wosley Theatre, Ipswich New Writing Festival); Violet in Ultraviolet (Doo Cot and National and International Tour); Gertrude in John Wright’s, Hamlet (Third Party); the title role in Shirley Valentine, Anna in Love Child (Eye Theatre); Peggy in And a Nightingale Sang, Phyllis in Season’s Greetings (Sheringham);the Governess in The Turn of the Screw (Chester Gateway Theatre); Juliana Bordereau in The Aspern Papers (Empty Space); The Governess in Intermezzo (Greenwich Theatre); the title role in Laura, and Ruth in Living Together (Ayr); Wendy , the lead in Strippers (The Palace Theatre, Westcliff); Lady Chevely in An Ideal Husband, Amy in Charley’s Aunt (Gawsworth, Open-Air); Veronica in Chairperson (Riverside Studios); Mrs Hurlte and Georgiana Longstaffe in The Way We Live Now (Eastern Angles); the bad witch Modron in Sleeping Beauty (Polka); ‘our mam’ in My Uncle Freddie (NTC Touring); Hermione in The Winter’s Tale. Dorothy has done 30 festivals for the Lions part and played a huge number of parts. Her favourite has got to be Mrs Cuckforld in The Cuckfold Basket wearing an enormous white restoration wig. Close runner up is the fox in Chaucer’s Chanticleer and the Fox.

She has done installations and performance art pieces at the ICA and Oxford Gallery of Modern Art in collaborations with Edward Thomasson and Lucy Beech.