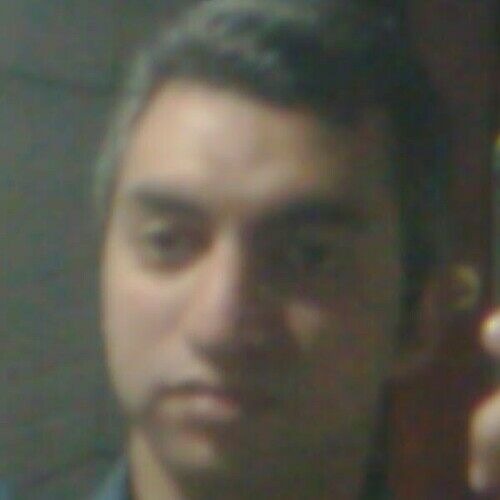 I am an emerging screenwriter. Below are only log-lines, synopses, and links
for my finest published screenplays.

Links for my published screenplays;

A tiger secretly cloned to be super smart, breaks out, kills who cloned it and
lives with a research and circus lady who knows nothing about it's being a
massive murder creature until it starts its killing frenzy before her eyes.

A horrifying tiger, cloned with human genes, kills the scientists that cloned
it and destroys the secret lab it was cloned in at Africa. It lives in the
jungle until it's found by a science research lady.

That research lady was in Africa and one day when she is over a tree branch
above a swamp taking pictures, the branch snaps and she falls in the alligators
swamp. When the alligators are about to put a bloody end to her life the tiger
shows up and fights for her life . The tiger heroically battles against the
alligators, bleeds a lot but wins the fight and saves the lady. The lady thinks
that the tiger is some sort of extinct species. She cuddles him for saving her
life and he becomes her pet cat.

She takes the Tiger to her home in America and uses him in circus TV shows. She
makes a fortune. She buys a huge palace with high steel fence. She lives in it
with her Tiger until a stranger contacts her and informs her that he is one of
the scientists who cloned that huge tiger. The lady doesn't believe him so he
goes to visit her to explain it all to her and inform her that this tiger is a
serial killer beast and that it is as intelligent as a human being is. He pays
her the visit thinking that the tiger is locked up in a cage.

The lady is reluctant to consider that scientist's words until the tiger
butchers him before her own eyes. Only then, she discovers that she brought
death to her home. She tries to escape but she fails and becomes a prisoner in
her own big mansion. Until she comes up with a twisted odd plan - which
requires locking herself inside the Tiger's cage - hoping to save her skin with
it.

Will she succeed in her attempt to overcome that wild intelligent beast ?

Logline: A black operation on foreign soil, the white house doesn't know
anything about it neither the congress does. The CIA uses 300 million dollar
diamonds to retrieve a nuclear shipment. The diamonds skyrocket the greed of
two CIA agents that they sell out an entire team of 30 fellow agents. Put the
blame on the no.1 spy agent " Brad", who escapes the massacre by the skin of
his teeth and lives on the run in the shadows.

Synopsis: Captain BRAD, a CIA agent and spy, pulls off another dangerous mission,
retrieving a computer microchip from a heavily guarded Russian palace. The
microchip is needed to locate a stolen radioactive Polonium shipment. It's not
easy, but with the help of his partner KEVIN and CIA handler MARVIN he's able
to pull it off against all odds. But when the CIA uses the chip to locate the
shipment, they find only the empty submarine and the polonium is gone.

A month later, the team meets with MR. JACK the CIA Director. Mr. Jack sends
them on an unauthorized mission to catch TONY ANTONACHI, a.k.a. "The Emperor."
A terrorist who deals in violence to the highest bidder, The Emperor has the
Polonium now and he wants to sell it. Highly radioactive material, Polonium is
worth 300 million dollars. The plan is to have Brad exchange the Polonium for
300 million in diamonds. Then they'll bust the Emperor and bring him back for
questioning. It won't be easy with his bodyguard, a Chinese ex-agent known as
COLD VENOM but Brad's confident they can pull it off. What he doesn't know is
that Marvin has other plans. He enlists Kevin's help to steal the diamonds and
set Brad up as the fall guy. To accomplish it right, Marvin informs COLD VENOM
about the exact places and positions of the thirty CIA agents involved in the
operation. This makes of the thirty CIA agents sitting ducks. The day of the
operation,

everything goes according to Marvin's plan until Brad refuses to abort the
mission when things start to go wrong. He rushes in headlong to face the
danger, protecting the diamonds until he realizes he's been double-crossed by
his own partner and friend. The thirty agents assassinated and Brad gets away
by the skin of his teeth and now he is a hunted man. Everyone believes Marvin's
story that it was Brad who was working with the Emperor, making him number one
on the CIA hit list.

The CIA Director is fired in the fallout, his reputation destroyed because of
the thirty dead agents' scandal. The scandal shows that the CIA runs black
operations in Europe without any permission or agreement with the country they
run operations on its soil. Two years later, Brad learns that Marvin retired
and moved to Paris. Brad goes to Paris too, to find Marvin. He keeps a low
profile but he needs to earn some cash to eat, so he works as a masked fighter
in an ultra-chic, ultra-violent fight club. Brad searches the city for Marvin,
knowing he's the only lead to the Emperor. Someone recognizes Brad at a fight
when his mask is torn and the CIA sends ALEX, a highly skilled assassin, to
Paris to bring him back alive. The two meet in the fight ring and form a bond
of mutual respect. Brad slips away before Alex can take him back, but does him
the favor of not blowing his cover in a club full of bloodthirsty fighters who
would happily kill a government

agent. On his way back to his hotel, Alex is attacked by several highly armed
killers and turns the streets of Paris into a fiery bloodbath. One of the
killers admits that Marvin sent them just before Alex kills him. Brad figures
out where Marvin is and he and Alex accidentally end up working together to
kidnap the heavily guarded man out of the casino. They force Marvin to tell
them where the Emperor is and go up against his armed fortress with Mr. Jack,
the vilified former CIA Director who wants to stop the terrorist and clear his and
Brad's names. The attack is more than they bargained for, however. Jack ends up
dead and Brad is taken prisoner. Will Alex rescue him or double-cross him just
like his old partner to save himself?

Logline: A GRANNY disguised as a NUN to make her victims let her in their
homes, then uses her ROT VEILER to butcher them. After a series of successful
crimes Who stands up for her is a 10 year old kid with a shot gun because his
father the "Mr. Nice Guy" turns out to be a former human trafficker.

Synopsis: We start out with the huge blood thirsty teeth of a wild Rot Veiler
Beast, crushing a man's neck. Later on, revealed, to be trained by an old
granny who uses it to butcher her targets.

This granny, in her prime, she was hurt by the law enforcement, the rich and
powerful, and the religious.

This turned her to pornography and living in the underworld, where she learned
a lot about crime and created enough ties with criminals to live up to her
vengeance dream. By the time she became skillful enough to kill those people
who had hurt her in the past, those people were dead or gone and she couldn't
locate them. As this made her wounds grow deeper, she became more determined to
make at least the likes of those who hurt her in the past, pay in the bloodiest
way possible. She turns into a serial killer. She targets people with certain
qualities; money, power, religious position, law force, and happy young people,
who have what she never had.

She reaches her fervor, by giving her victim a false sense of survival, right
before putting a bloody end to his life. Sometimes, she likes to have an
audience of the police force, to witness her wrath. Therefore, after torturing
a priest, she leaves him alone in a church, letting him believe that he finally
escaped her grip. Then she manages, to blow him into pieces before the eyes of
the cops who have arrived to aid him at his sanctuary.

She strikes every five years because she spends, half a decade, of planning and
training a beast, before she starts a new massive killing round. A trained dog
or a wolf is all the family she has. She makes up for the physical strength
that she lacks, by using a highly trained dog beast to overcome her victims.

At her final round of mass murder she makes a mistake, an unplanned road kill
which forces her to change her route and stay at some stranger's house. A 45
year old gentle-man, living with his 10 year old son, outside the city in a
decent house. That's where an unexpected challenge erupts; a former human
trafficker and his son VS the granny serial killer and her vicious dog.

That former human trafficker and his son won't be typical victims, they will
fight back. The trafficker will get killed and the 10 year old will be left
alone to defend himself against the granny killer and her beast dog. However,
the boy has a surprise for them; a gasoline and tar FLAME THROWER, his father
kept in the basement. But will it be enough???

Thank you in advance for your valuable time.