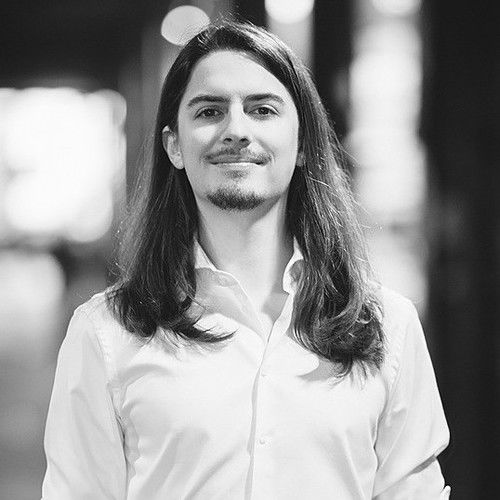 Michael Firmont was born in Saarland, Germany, in 1987. Actually, Michael Firmont found his path to music rather late: It was not until the age of 19 that he started to play the guitar and soon discovered his passion for the instrument – as well as for music in general. After having completed his education as a nurse and having worked in oncology for several years, Michael Firmont made his first steps as a professional musician by working as a guitar teacher. At the same time, he fell in love with film music and started to work on his first projects in this field. To further improve his compositional craft, Michael Firmont then took up his studies in film composition at the conservatory of ArtEZ in Arnhem, Netherlands, where, ultimately, he met Lars Hempel. By now, Michael Firmont has contributed to dozens of musical projects like e.g. short films, computer games, movies and documentaries. His musical preferences focus in the fields of metal, fusion, film music, classical music and jazz.