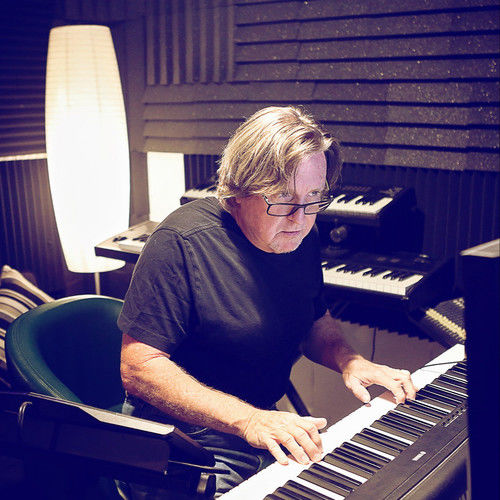 Terry Ayers began a multi-faceted career in his hometown while still in his teens.
“The Beatles had just invaded America and nearly every garage in America had an aspiring group of youngsters with dreams of becoming rock stars in their own right”, says Ayers. “Our drummer’s father was the CEO of Southeastern Broadcasting Corporation at the time, and we made a deal with him. In exchange for letting us practice in the studios, we would run a camera on the local newscasts, as well as produce commercials for both the television station, the AM and FM radio stations.”
After graduation, Ayers began working full time for KTEN-FM as their nighttime on air talent. He consistently scored the highest ratings in the state of Oklahoma during his time slot, edging out much larger market rock-formatted stations.
During this time, Ayers was also writing music and attending East Central Oklahoma University, majoring in Fine Arts.
In 1978, he recorded his first solo album in Dallas, Texas at Autumn Sound Studios.
The album was produced by Grammy award winning engineer, Phil York. Mr. York had received the Grammy that year for engineering Willie Nelson’s platinum selling album, Red Headed Stranger.
After the album was completed, Ayers sent a copy out to the west coast where his childhood friend and former bandmate had become one of radio’s most popular on-air personalities.
Machine Gun Kelly (later shortened to M.G. Kelly) was on KHJ in the afternoons and as soon as he heard the album he called and invited Ayers to come and stay with him.
The following year, Ayers moved to Los Angeles where he took a job in the mail room at Chrysalis Records. “I wanted to learn everything I could about the music business and the best way to do that was to learn from the ground up.”, Ayers said.
In addition, Ayers was also performing on Machine Gun Kelly’s radio show as a recurring character named “Duard, the Okie from Muskogee”. Duard was aspiring to compete in the upcoming Olympics “cow chip throwing” competition”, said Ayers with a wide grin. “Radio was so much fun back then and it was loaded with personalities.”
“It was very improvisational, on the fly and so much fun to do. I was so happy to be afforded the opportunity to continue my radio career while learning the music business.”
In 1982, Ayers along with business partner and fellow Oklahoman, Virginia Scribner, purchased “Takoma Recording Studios” from Takoma Records, which was located in Santa Monica, CA.
They began producing “live recordings” of artists that were performing at Mc Cabes Guitar Shop which was located right next door to the studio.
“We had a 16 channel snake that ran across the roof tops down onto their showroom floor.” says Ayers. “We were able to catch some truly inspiring performances, some of which actually made it onto vinyl”.
Some of those noteworthy recordings included performances by, Bonnie Raitt, Maria Muldaur, Vince Gill, T-Bone Burnett and the Chambers Brothers.
As a recording artist himself, Ayers wrote and produced “The Last Goodbye” which featured Earth, Wind and Fire’s horn section which was aired on KHJ among other rock stations on the west coast.
Shortly thereafter Ayers joined New York disco diva, Laura Branigan, as a support vocalist on her “Self Control” tour.
The following year, while performing at sea, Ayers met his wife, Patricia Lee, who was also performing onboard. They have been married now for 25 years.
Along with fellow band member, Frederic Boyle, they moved to Nashville and began working for Opryland productions as the jazz vocal trio, TRIAD. Their debut release, Terry’s Tavern, was featured onboard American Airlines in-flight jazz programming. Their critically acclaimed follow-up recording, “Nashville Transit” features performances by country music icons, Chet Atkins, Floyd Cramer, and Boots Randolph.
In 2003, Ayers founded Addictive2Music Productions and has been producing both audio and video features. This past holiday season his three daughters, Ruby, Pearl and Jade aka The Treetop Sisters, were featured on Radio Disney Jr. and Sirius XM performing their debut release Nicki and the Crew. 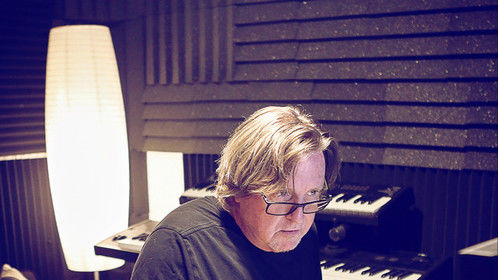 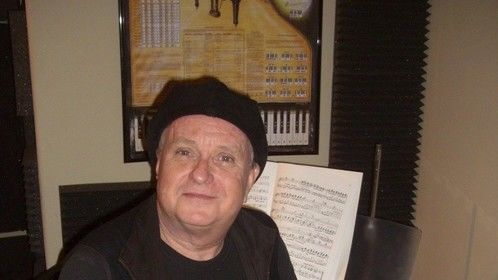 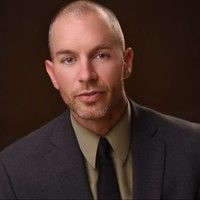