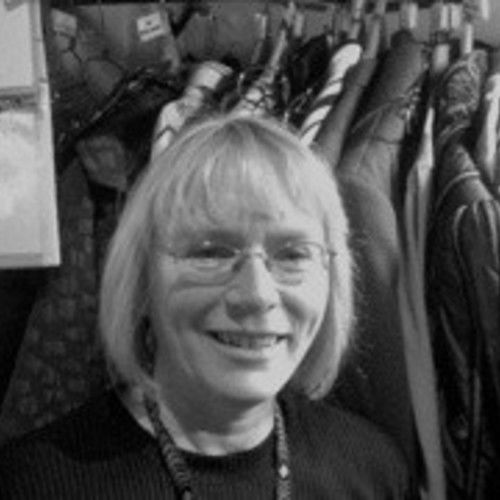 For as long as I can remember, I have loved the world of entertainment; ballets, musicals, movies, entertainers, plays and all the costumes that floated, shimmered along the way. Loving the industry did not mean I knew an thing about it; indeed, it was not until I attended university (University of Lethbridge) that I learned there was such a thing as a Costume Shop.

I worked as a stage hand throughout my degree; mostly loading and unloading shows, setting up sets and hanging and focusing theatrical lighting. This gave me a huge insight into the workings of a show; the layers of a show - from a bare stage and empty theatre to a full set with magical lights and costumes. As I became trained as a Dresser, I was able to work on the performances in the Costume Department rather than the Stage Department. Thus, I could get a close look at costumes and how they were created and worn by the performers. This was also the beginning of my backstage training and deportment.

I soon became a Costume Shop fixture; sewing and fitting costumes, learning new techniques and working as a dresser during performances. Needless to say, I loved it all but would need to move to a larger centre if I wanted to develop a career as a Costumer.

My first job in the big city Calgary, Alberta was working in a fabric store while I applied to Theatre and ballet companies. Soon the call came for temporary, project based work and I began working as a professional Costumer, Dresser and Breakdown Artist for a theatrical company. After that, I was invited to join film costumers and work with the Extras Supervisor to break down hundreds of background costumes. That led to union membership and further work as a stage hand in the Lighting Department until some costume gigs opened up. Soon I was called to work as a Stitcher, Costumer, Dresser and Tour Mistress for a ballet company.

While riding the train to work on day, a passenger asked where he could become trained as a Costumer and thats when I thought I would write a book about Costuming and working as a Costumer. I would write about all the job positions that are included in the Wardrobe Department and what a person needs to know in order to work in those departments. I would add a chapter about breakdown and dyeing and most of all ... offer encouragement to costumers in the same way I was encouraged when I first joined the business. The result of over 20 years working as a Costumer; is the book, The Costumer's Notebook.

However, once I finished the book and offered it for sale online, I still felt remote and far away from costumers and the work. So I developed an educational and informative webpage for my business, The Costumers Institute. I hope to reach other costumers and encourage them through interesting and educational blogs, tutorials, trailers, industry links and even bloopers. Currently, I lead Wardrobe Workshops and support the local Independent Film Industry through my work as a costume designer.These projects enable me to share the stage and film skills I have learned from those who shared with me ...

Unique traits: Rae’s Stage wardrobe experience includes Head of Wardrobe, Tour Mistress, Costumer, Dresser and Breakdown Artist. The productions vary widely - from graceful ballets and energetic modern jazz dance shows to full-length Shakespeare plays and Broadway Musicals. The work is also varied. She may work with other costumers to unpack, steam, iron, hang up and organize a touring show; wash and organize the laundry from the previous night's show or make the necessary sewing or beading repairs to costumes. As a Dresser, Rae will lay out the costumes for Quick and Fast changes, assist with costume changes, rehang discarded costumes, assist with the show strike and organize the costumes, shoes and accessories for storage. Breakdown work employs different skills. Rae trained to wash, over-dye and pounce costumes to dull them down, sand tough denim seams or outright tear the trims and fabric to make jagged, broken down edges. The aging process is not the same for each fabric, costume, nor for each project. Her Film wardrobe experience includes Set Supervisor, Principal Truck Costumer, Background Supervisor and Breakdown Artist. Film costumers also unpack, steam, iron, size, organize and hang up rented or bought wardrobe. Film Continuity generates paperwork and photographs; costumes must be carefully tracked from scene to scene, for each performer. Rae shares her experience with Wardrobe in the entertainment industry through her book, The Costumer's Notebook and by leading workshops about Costuming, Dressing and Breakdown for Stage and Film. Mentoring new costumers is her passion as she continues the costumer tradition of sharing information though workshops and her blog. 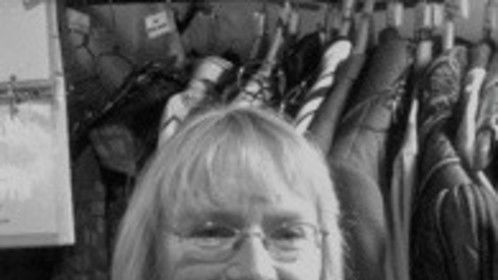