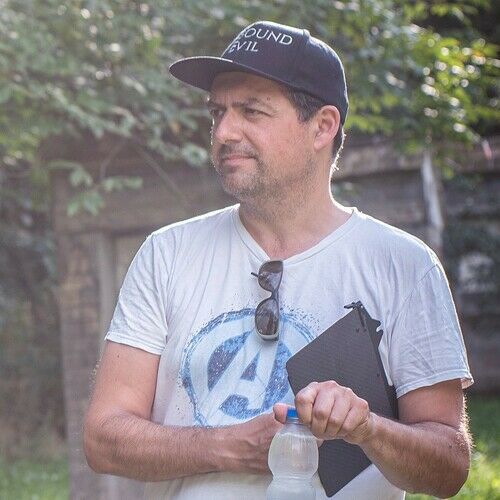 Born in Bielefeld, Germany in 1972, Konstantin Georgiou (also known as “Kostas”) became an avid movie fan from the get go.
He studied German literature in his home town and got into the movie theatre business early on, managing his own multiplex theater.
After his studies at the New York Film Academy (writing, directing, editing) he went on to combine his love for storytelling with the digital world, becoming a digital marketing manager for social media and virtual & augmented reality.
Konstantin is working in film and theater, in games and digital media.
As a screenwriter he specializes to create movies and series for the international entertainment market.
Konstantins strongest skill is writing multilingual screenplays, combining languages and characteristics from around the world. He enjoys to swing through genres (as in Story"pendler”), having written a wide variety of them: thriller, comedy, horror, action, mystery, animation - and creating original material, but also adapting and revamping established characters and storylines.
His children book “Thadeus’ World” is in pre-production for a virtual reality experience and in the early stages for an animated 3D movie.
In 2017 he won a musical competition with his detective-comedy “Pendelton and the theatre corpses” (book & lyrics, German language).
The filming and the post production for his mystery thriller screenplay “C.L.E.A.N.” (English language) is completed.
The war drama “Save the last Bullet” - about the beginnings of the Croatian/Serbian war in late 1991 - is currently in pre-production and the shooting will begin in summer 2021. (English, German, French, Croatian and Serbian language)
His screenplay for the mystery thriller “Unbound Evil” was just filmed in August of 2020. (English language)
He is currently writing an untitled crime thriller (English) and a detective series. (Greek)
Konstantin produces and anchors the storytelling podcast "Storyville". (German language) 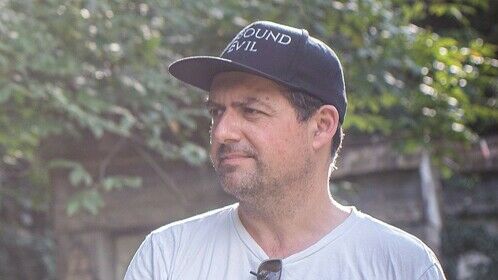