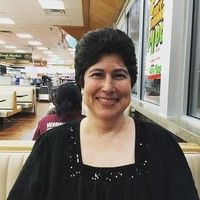 Ariana Cox
Marketing/pr and researcher
Fort Worth, Texas
View all (3)