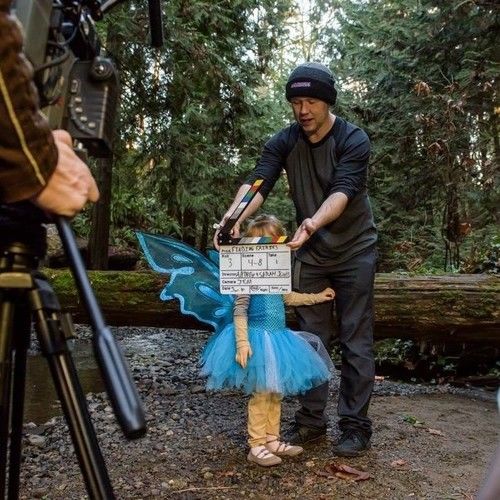 Even as a young child Rew Jones loved creating films, sketches, and productions at every possible opportunity. By the time he was a teen he began to focus most of his effort on promoting live concerts, performing as an actor, and learning to edit video. This continued into college as he completed a Diploma in Performing Arts.

Following that, Rew and his wife Sarah, began writing and producing a family theatre program called Studio Y?. Each monthly program included 5 originally choreographed songs, 2 or more videos, 3 host sketches as well as a 2 act story that continued for 7 seasons.  In 2011, Sarah & Rew launched Checkered Owl Media, allowing them to concentrate on Artist management and Film production full-time. Checkered Owl Media shoots a wide range of content from social media advertising campaigns, to music videos, to short films, their goal is to continue to create engaging and hopeful content through a variety of mediums!