Maggie Olkuska is a Copenhagen based Cinematographer / Director of Photography, working with fiction and full-length documentary films. 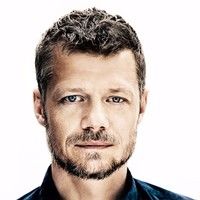