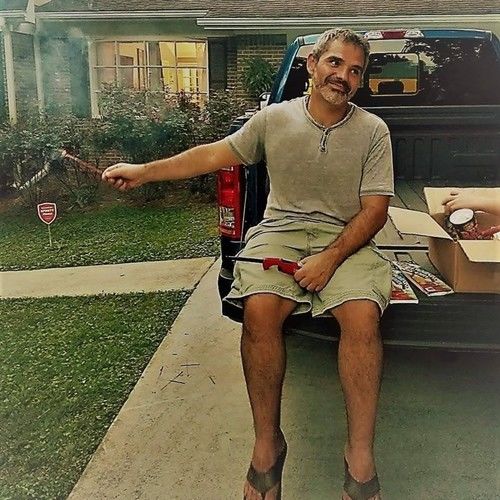 Today, I'm Mr. Mom. Twenty years ago, I was the short, furry fella who was always forced to read my writing last. Then the drugs happened. Fast-forward a life of recovery. A failed marriage where my ex-wife cheated on me with an avatar. A decade of hocking and writing radio commercials. Going back to the college I flunked out of due to those damned drugs and writing a film about said Catfish case study. Culminating in me retiring from radio and moving from New York/Vermont to Atlanta to give storytelling a go.

Oh, I also met the perfect-for-me lady and married her as soon as socially acceptable. My days are filled with caring for my Korean mother-in-law (who lives with us) and our two boys. One is a freshman, and one is in 7th grade. They're amazing. However, marrying a gal with two kids at that age - I didn't get thrown into the deep end of the pool. I got thrown into the middle of the ocean with a flesh wound. I love them so much.

Good Grief – 50 minutes produced college drama about what happens when a man’s wife has an emotional affair on him; how does he rebound?

Little Man – A romantic comedy that asks, what if a thirty-something, still living at home, pizza delivery man challenges the king of a local triathlons gang and ends up finding love and himself in the process?

The Coach – A dark comedy that asks, what if, in an effort to stomp out the Guru to God, Antoine Collins, a young reporter, enlists the help of a stud yet heavily flawed life coach of her own? And did she make a fatal mistake by doing so? (2017 QF We Screenplay Feature Competition)

Unsaveable (horrible title) – A romantic comedy that wonders what would happen if a womanizing drunk is forced to go back in time and convince the younger version of him to fall in love with a good woman and that good woman is him?

Savant (Hired by a producer) – A drama that asks, what if the most remarkable accomplishments of the 20th Century – The atomic bomb, fine arts, outer space – were the result of this think tank that was filled with teenage Autistic Savants?

Brantland - In a variation of Little Man – What would happen if a man publicly humiliated returned to his hometown 25 years to salvage his name by winning the town’s world-famous
event?

And lastly, one pilot asking why hasn’t there been a version of the West Wing and Succession within the confines of the World Wrestling Entertainment?

Turning Heel – Where are superheroes on food stamps? Where are professional athletes who have a shorter life expectancy than pro football players? This is the story of a family who rules the world of professional wrestling, a family who desperately covets it, and a family who wants to decimate it. (2021 SF ScreenCraft Screenwriting Fellowship, 2021 Austin Film Festival Second Rounder, and 2021 Filmmatic Drama Screenplay Awards).

Unique traits: I have a lisp. 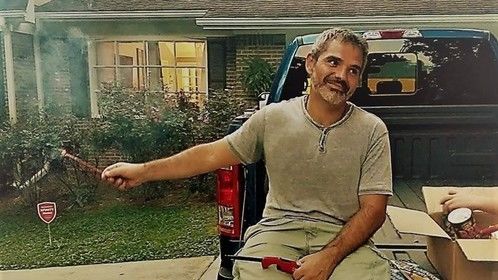