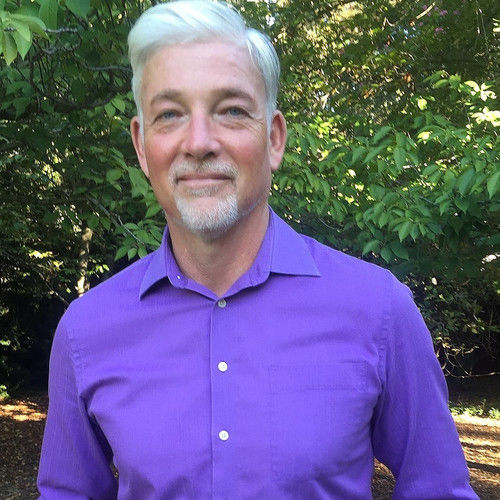 Frank Blaney is the Creative Director at Less is More Press LLC (). He is developing projects as a publisher that have a wide audience appeal in various genres. Some of these projects are connected with screenplay development and film production.

Prior to his role as Creative Director, Frank Blaney has been a social activist within the inner-cities of Los Angeles for 15 years, working with young men and women of color in the field of violence prevention and conflict resolution. Frank has worked extensively with young men of color to train them as leaders in addressing sexual, relationship, and community violence. During this time, he completed his Master’s Degree in Negotiation, Conflict Resolution, and Peacebuilding, with a focus on the prevention of violence.

Frank Blaney has also served as the Chairperson of the steering committee for the Violence Prevention Coalition of Greater Los Angeles. He ran the successful “L.A. Father’s Program” with Children’s Hospital Los Angeles, serving over 1000 low-income young men of color and their families. Most recently Frank had been working with the renowned gang intervention agency, Homeboy Industries. There he shared his vision of healing individuals and communities from systemic oppression, racism, and violence. To this end, he integrates his extensive training in Qigong, Tai Chi, and the martial arts as a powerful medium for healing individuals and communities.

Frank Blaney has been trained and certified in the successful model of an international organization, “Luta Pela Paz,” (“Fight for Peace”) based in the favelas of Rio de Janeiro, Brazil. “Fight for Peace” uses martial arts and boxing to reach youth involved in gangs and the violent drug trade. After training there in 2011 in their model, he has been working to integrate this approach into his social justice work among Los Angeles youth.

Frank Blaney with Less is More Press is also working on a project that addresses one the key causes of racial disparity and prejudice against peoples of African-decent; the denigration of African culture and history. For years he has studied extensively on African history and that of the African-Diaspora, and feels that in these racially divisive times, it is important to promote the wealth of cultural, intellectual, and scientific richness which is the historical legacy of the peoples of Africa. Having traveled for research in Africa for much of 2017, he has gained an experiential appreciation for the brilliance of African genius. He feels this information will help people of all ethnic backgrounds better understand the importance of the African contribution to the world knowledge, and that this will assist in deconstructing the negative imagery of African people pervasive in Western culture.

Unique traits: Frank has applied his Bachelor’s in Intercultural Studies and Masters in Negotiation, Conflict Resolution, and Peacebuilding to serve for over 16 years in low income communities of color in Los Angeles. Working professionally as an educator and advocate for the prevention of violence against women, community/gang violence, and racist institutional violence has given Frank as a writer a unique passion and perspective on the issues addressed in his work as Creative Director. Frank has earned a 2nd Degree Black Belt in Jujitsu, worked as a martial arts instructor for rape and D.V. survivors, and put in 31 years of deep training in numerous martial arts. This lends him as a writer an unparalleled base in constructing tactile and believable action and the context of the “world” created in his action stories in both graphic novels and screenplays.