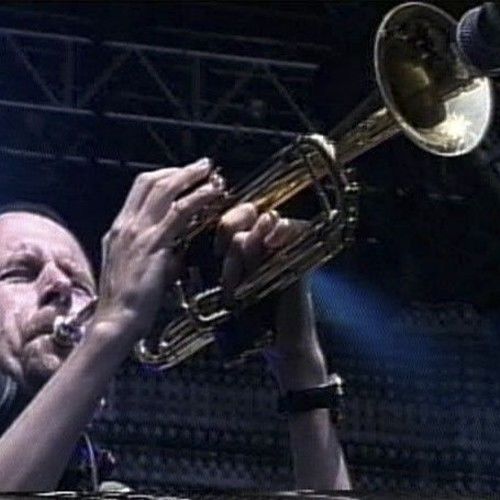 Rupert Cobb - the Story So Far

Rupert Cobb is often described in the industry as a renaissance man equally at home working at the sharp end of the audio or visual world.
Musician, Record Producer, Film editor, Mix engineer; the list is endless. “It’s not that I’m a Jack of all trades, it’s far simpler than that. Once you understand it’s all wave forms, skills within the art are pretty transferable. A waveform is a waveform whether you’re playing the trumpet or pointing a light. A lens is a microphone for your eyes, it’s all more similar than you first imagine and when I hear a good song I see pictures to go with it”
“I started out life pretty much as a jazz snob anti all technology. It’s hilarious how that turned out!" says Rupert.
In his twenties Rupert played worldwide for some of the key figures in the jazz world but it wasn’t long before he bought his first computer - initially to score with.
“I’d been scoring music for big band for a number of years but started to notice how good stuff was looking on Emagic Notator so decided it was time to upgrade my quill - An Atari St 1040 if I remember right - upgrading to a Stacy which I think was one of the first laptops although the battery compartment never worked and you needed a sizeable lap!"
Rupert’s musical tastes widened with time and finding a passion for funk and programming, he soon became busy in and out of the studio working on countless records.
“It was great getting booked to play the trumpet and then being able to bring something electronic to the table”
His early years in the jazz world became good grounding for the dance world when he formed Hazardous Funk, a ground breaking mixing pot, pre-dating many acid jazz and breakbeat artists.
"The obsession between sight and sound has always been there, I had a dark room as a teenager and my first video camera about the same time."
After touring throughout the world Rupert found himself more and more working in the studio with prominent and breaking artists producing audio and visual content for ever major record label.
Rupert further honed his studio skills during his time on the show Live From Abbey Road, recording artists such as The Red Hot Chili Peppers, Paul Simon, Elbow, Muse and Herbie Hancock - most of which was mixed in his facilities down in Sussex.
“I was so chuffed for Peter Van Hooke when we got this show financed and commissioned. It was Peter’s life long ambition to produce a music show filmed like a movie and mixed like an album and it was great to be there to help him realise his vision, even if it meant many sleepless nights hitting worldwide delivery targets as the show was picked up by more and more territories”
“We have two studios down in Sussex, one houses the protools rig that I used on Live from Abbey Road and editing suites, along with an eclectic set of instruments for song writing and artist development. The other is a unique crossover film studio with two stages. A white infinity cove with green screen and a fully curtained black set. Both with motorised turntables.
“When we built Gun Hill Studios we were determined to tick off a wish list and put right some of the shortfalls we had found in other premises. Kind of make a fully kitted out artistic environment that could morph to whatever the requirements of the shoot were. One day filming a Ferrari, the next a performance video for a breaking artist…”
These days Rupert’s time is split between work at Gun Hill Studios, including the development of a new ground breaking series, and when not required at base camp he can still be found gigging or mixing in the field.
“We have an excellent proactive team at Gun Hill Studios, balancing our time between dry hire and projects we are involved in, giving me time to still take the occasional tour or help out on external shoots”
So what does the future hold? “Last year was hectic we had a pretty full diary in the studio with clients from the motor and music industry as varied as Rolls Royce, Mazda, Aston Martin, Tom Chaplin, BBC, Guy Pratt and external work including the Avid Protools on the 50th Anniversary of Sergeant Peppers at Pinewood studios. This year is going to rock filming series one of our show - that I can’t say any more about right now - as well as producing two albums. “
Watch this and many other spaces ;-)
Rupert Cobb (Short Bullet Points of a life in sound and picture)
Recorded and Toured with Mike and The Mechanics
On Trumpet, Keyboards and Stadium Visuals