He received an Illinois State Teacher education Scholarship to Chicago State University, (formerly Chicago Teachers College), where he majored in mathematics, with a minor in music

In his professional religious career, he was called into the ministry and licensed to preach in 1977 by the Mount Moriah Baptist Church, under Dr. Howard W. Creecy, Sr. He was ordained in 1978 and began his pastoral career in 1979. His ministerial history is as follows:

He has preached in many areas of the United States, Africa, and in Europe, and has conducted music workshops and evangelistic revivals in Heidleburg, Germany.

In his professional political career, he may also be referred to as “Sheriff Lankford.” In law enforcement, he has a 25 year history as a Deputy Sheriff, both in Indiana and in Georgia. He moved successfully through the ranks of the Fulton County (Georgia) Sheriff’s Department and in 1981 attained the rank of Captain, thereby becoming the highest ranking African American within the department.

In 1984, Richard Lankford ran a successful county-wide campaign for Sheriff and on January 1, 1985, he was sworn in by Georgia Governor, Joe Frank Harris, as the High Sheriff of Fulton County, therein becoming the first African American to be elected to a Sheriff’s position, in the history of the State of Georgia.

In 1988, he won a decisive and monumental re-election against three political opponents, gathering an astounding 81% of the total votes cast and receiving more cross-over votes than any other candidate in any county-wide election in the entire State of Georgia.

He commanded a staff in excess of (900) employees, operated the largest county jail facility in the State of Georgia, planned, implemented and supervised a departmental budget of approximately (50) million dollars, developed one of the largest and most respected Reserve Law Enforcement Organizations in the United States and served as the Chief Administrator for all of the divisions within the Sheriff’s Department.

His additional experience includes his employment for nine years as an instructor for the off-campus division of the Atlanta Area Technical School, specializing in State Certified Security Training and Firearms Instruction for armed personnel and Laws of Arrest & Criminal Procedure for unarmed personnel. He also served as a member of the security staff, during his tenure at the school.


He is a graduate of:

He is:
• Currently certified by the Georgia Peace Officers Standards and Training Council, holding active status in good standing, as of January 1, 2013

He is, or has been a member of:

He has served on the Board of Directors for:

He was appointed to the Executive Committee of the State Democratic Party of Georgia in 1987 and held the position of Chairman of the state party’s affirmative action committee.

Richard Lankford is an accomplished pianist, organist, producer, and gospel music arranger who is also the President of Sovereign Records, an independent record company. He is in the process of releasing his first CD project entitled, “Who But God Alone.” He has served in past years as the Minister of Music for the Kirby Avenue Church of God in Muncie, Indiana and for the Mount Moriah Baptist Church in Atlanta, Georgia.

He also serves as the President of the gospel division of Crew Records, an independent record label founded by William Guest, One of the original Pips, of Gladys Knight and The Pips.

He further served as the Chairman of the Board of Directors for the Atlanta Boxing Association, Inc. during the year 2006.

He has also finished and is now in the process of editing his first novel for publication and has finished a new screenplay on the challenges and struggles of his mother’s life.

He is a much sought after motivational speaker for churches, civic clubs, political organizations, schools, colleges, and universities throughout the country.


He is married to the former Ms. Jacquelyn J. Jones of Atlanta, who is a certified Gerontologist and senior planning specialist for the Atlanta Regional Commission – Aging Division. She is also serving as the Senior Pastor of the Atlanta International Christian Praise Center. They are the proud parents of three lovely children; Nancelyn, Richard Jr. and LaMont, the grandparents of twelve wonderful grandchildren and the great grandparents of one wonderful great-grandchild.

Richard Lankford is the son of the late Clifford and Irene Lankford, a beautiful and God-fearing interracial father and mother, who taught him how to love and have compassion for all people, regardless of their race or appearance. Through the struggles of their lives and their sincere teachings from the Word of God, Richard became a unique individual who carried forward the impressions of his family and reached out to thousands of people, no matter where they were or what condition their lives were in, to encourage and uplift them with a vision of what God could do with their future.

His family upbringing positioned him in such a special arena with God that he received his calling into the ministry, became a Christian musician and a gospel soloist, entered elected office, became a pastor to other pastors, was consecrated to the office of Bishop and was blessed to have a wonderfully large family. 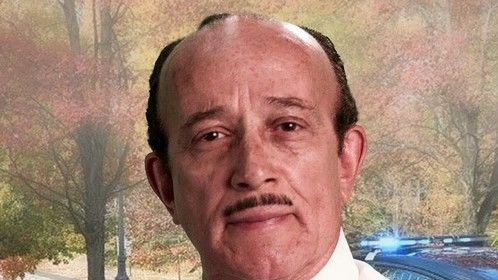