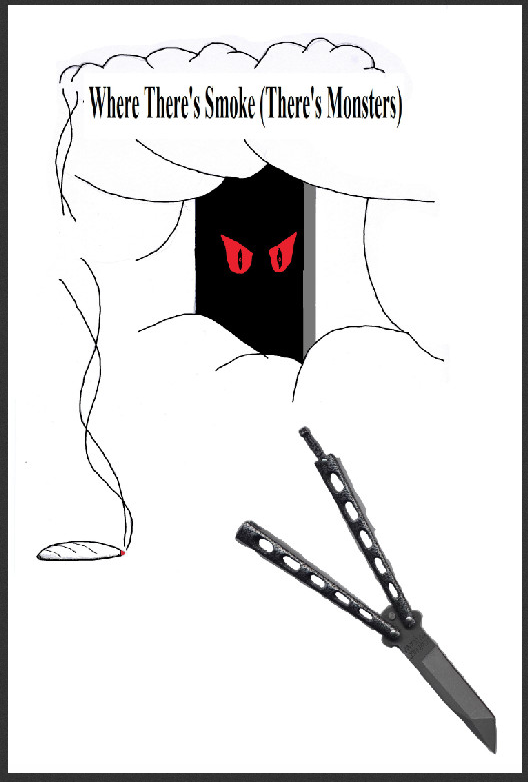 Brothers, Jake and Roy Voskill, are slacker, low-level, pot dealers. They grow and distribute their own weed, but Jake aspires to write and Roy pursues his music while they sell pot and work at other less than fulfilling jobs. The brothers brainstorm for ideas of ways to raise money and get out of the drug biz. One night while smoking pot and preparing the next day's deliveries, they get the idea to sell their father's collection of deer skull antlers to the high society crowd of Santa Fe. The first step is to clean the skulls. With a bucket of bleach solution the clean up process begins. However, a wayward mosquito finds the bleach in the backyard shed and deposits an egg in the bleach-water mixture. From this inauspicious beginning, the mosquito mutates into a killer monster. The monster kills the neighbor's dog, then the neighbor, then a homeless man, and even a rival drug dealer; feeding on its kills and growing to the size of a swan.

Jake's girlfriend, Angela, works for St. Thomas University, a school where Jake longs to be accepted into an elite writing program. She is growing more disgruntled with Jake's immaturity. Angela is supportive of Jake, but the relationship is up and down.

Roy wrecks his flower delivery van and is fired. He is detained by police for questioning regarding marijuana found at the crash. Jake is fired when he takes the blame for an incident caused by his supervisor, Solomon White. Jake and Sol work as groundskeepers for St. Thomas University, the school where Jake is seeking to participate in the elite literature and writing program, but can't afford the tuition. Sol is the chief supporter and critic of Jake's writing. Sol is also a veteran of the Vietnam War and when Jake asks for help to fight the monster, Sol is there.

Having bodies in the backyard and a pot farm in the house, Jake and Roy can't call the authorities. The team set to battle the backyard monster is augmented with the Jake's girlfriend and a pushy Wild Flower Girl, Jessi. Jessi stumbles into the plan as she was making rounds in the neighborhood selling cookies (similar to the Girl Scouts). With a plan in place the assault begins. Sol is injured enough to be taken to the hospital in the first battle. He dies of a heart attack in the emergency room.

Roy is released from police custody, as Sol is pronounced dead. He arrives with a plan--smoke the monster into submission with pot. The plan works, but starts the shed on fire, they still manage to decapitate the monster. When the police and fireman arrive, Jessi makes up a cover story, saving everyone's behinds. Jessi's parents arrive coincidentally at the house having been searching for Roy after having heard him play and sing at a local pizza joint. They are music producers.

At the funeral for Sol, Jake is served with papers indicating that Sol has no relatives alive. Jake is the executor of Sol's estate and primary beneficiary. Sol has set up an endowment for Jake to write at St. Thomas University.